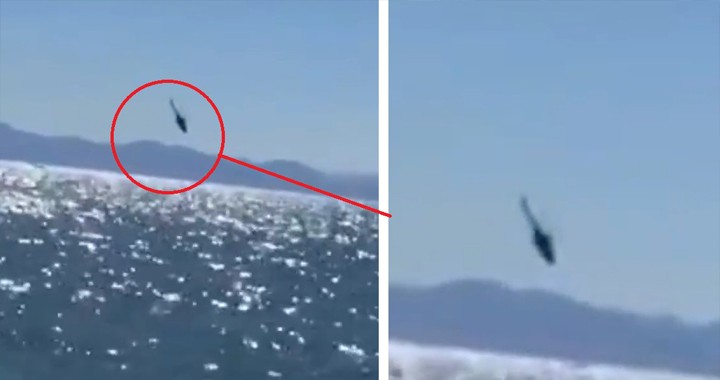 The Mi-17 helicopter went down on Saturday during the overland monitoring illegal fishing off the coast of Baja California.

A Sea Shepherd ship the M/V Farley Mowat participated in the search and rescue operation, as 11 of the 12 member crew were rescued

By coincidence, witnesses filmed the moment the helicopter went down. Video footage of the crash shows the helicopter appears in a hover, rotates approx 360 degrees while losing altitude and impacts ocean nose down.

Using the same techniques routinely used to find illegal fishing gear, the marine conservation group pinpointed the exact position of the helicopter wreck at the bottom of the sea using sonar, while assisting the Mexican Navy.

The MI-17 helicopter was in the middle of a patrol, ensuring the marine protected area in the Upper Gulf of California was free from illegal activities when it apparently lost control and crashed into the sea. Fishermen in the area reported the incident to authorities using mobile phones and sped to the scene in pangas (small fishing skiffs) with the Mexican Navy soon on the scene.

Nine of the crew are reported to be in good condition, with two seriously injured and one still reported missing. The cause of the crash is under investigation by the Mexican Navy.

Most of the occupants were rescued by fishing boats and the Mexican Navy, who were already at sea. Two were transported to a hospital in San Felipe for immediate medical attention.

The incident is under investigation, according to the release.