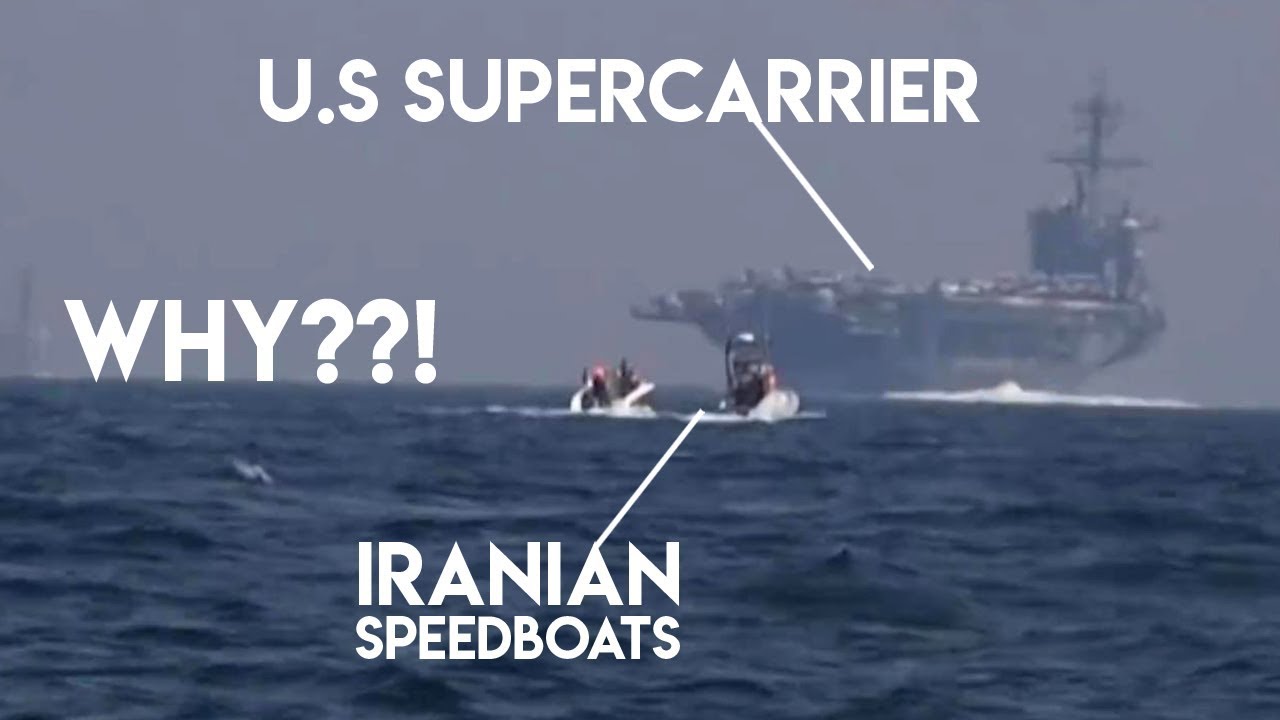 The camera, said to be installed on a nearby Iranian vessel, captures the USS Roosevelt, a Nimitz-class aircraft carrier, as well as her escort ship traversing waters of the Straits of Hormuz. Multiple Revolutionary Guard speedboats are seen closing in on the US carrier while an American helicopter is seen cruising over the area.

Some activity may be spotted on Roosevelt’s upper deck, with another helicopter preparing to take off. The video was part of an Iranian documentary on the encounter that took place on March 21 in Persian Gulf waters.

The 100,000-ton USS Roosevelt has been deployed to the Gulf since last year. Aside from a 5,000-strong crew, she usually carries up to 130 aircraft, including F/A-18 Super Hornet fighters, EA-18G Growler electronic warfare jets as well as E-2 Hawkeye airborne early warning planes.

Mid-sea-encounters-between US and Iranian ships are not uncommon. The latest encounter took place in August last year, when an Iranian drone shadowed the USS Nimitz carrier overnight and came close enough to capture F-18 fighter jets on the flight deck. US Navy claimed the drone operator did not respond to repeated radio calls and represented a danger-for the sailors.

Later in the month, the same type of drone came within 200 feet (62 meters) of a F/A-18E Super Hornet while it was on the final approach to the Nimitz, forcing the pilot to change course.