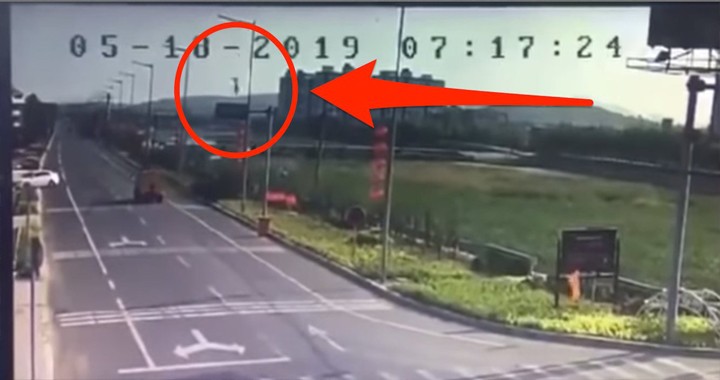 Shocking Surveillance Video of Accident is Released on May 19, 2019, on a youtube channel. here is a video

The apparent lack of flight control inputs in the split second prior to impact raises questions about this crash of the Chinese JH-7.

However, the interesting thing is that the information displayed in the top of the surveillance camera footage says the video was taken on May 18, 2019, at 7:17 AM. Shadows on the ground in the video seem to verify the time of the day of the video.

So is it the Old Crash video or its a Video of latest JH-7 bomber crash that was not reported by any chines media new outlets. It is common for news reports of Chinese military accidents from outside media to include conflicting information and inaccuracies.

This Video is the Second JH-7 Crash Caught on camera in China. The previous accident occurred on Oct. 14, 2011. Video of the crash also show what appears to be a JH-7 entering a low altitude, downward flight attitude but both crewmembers ejected. This 2011 accident happened at the Xi’an Airshow in the Pucheng county of China’s Shaanxi Province according to video posted to YouTube.

The JH-7 could be considered roughly a generation 4 or 4+ aircraft in its later versions as compared to international peer aircraft like France’s Mirage 2000 or, depending on its performance, early versions of the U.S. F-15E Strike Eagle and the Russian Sukhoi Su-34. Later versions of the Chinese Xi’an JH-7 “Flying Leopard” are reported to have all-weather attack capability and provisions for night vision goggle use by flight crews. The aircraft has also been structurally upgraded since its development to carry large anti-ship missiles congruent with China’s mission of defending their often-disputed maritime environment.

Previous Budgam helicopter crash: IAF officer removed & could face the charge of culpable homicide
Next That Time a B-52 bomber Pilot performed an insane low flyby next to the USS Ranger Aircraft carrier