The new jets will replace the 38 older Eurofighters of Tranche 1, the first delivered to the Luftwaffe, as part of Project Quadriga. The contract signature with Airbus is expected this month, with deliveries starting in 2025.

“We are delighted that the German parliament has announced its commitment to the German Air Force Tranche 1 Replacement Programme (Quadriga). Securing Quadriga is excellent news for the entire Eurofighter enterprise. We look forward to signing a contract with our customer in the near future,” said Herman Claesen, CEO of Eurofighter GmbH.

Germany’s air force said it will now have a “multi-role capable aircraft – which can be used not only against enemy aircraft but also against targets on the ground,” adding that the new fighter aircraft will be equipped with the most modern radar technology.

The air force added that this would be “a huge technological step forward in digitalization.”

According to the manufacturer Airbus, the new “Eurofighter Tranche 4” is the best and most modern fighter aircraft that Europe currently has to offer.

Germany’s ruling grand coalition government as well as the Free Democratic party (FDP), and the Alternative for Germany (AfD) party voted in favor of the billion-dollar purchase. The Left party voted against the deal, and the Greens abstained.

Germany received the last Eurofighter of Tranche 3 last year. Earlier in 2019, the government launched Project Quadriga to replace the older jets to obtain a common configuration across the fleet. The Tranche 1 jets, in fact, would need costly upgrades to switch to the mainly air superiority configuration, with basic air to ground capability, to the full swing-role configuration. The replaced Eurofighters will be sold to the international market.

The new Eurofighter Typhoons [although it’s worth remembering that the name “Typhoon” is not used by Germany and Spain], referred to as Tranche 4, are expected to be divided into 31 single-seat and 7 two-seat aircraft. The new configuration will include the latest Phase 3 Enhancements (P3E) and the E-SCAN AESA radar, also known as European Common Radar System (ECRS). The German aircraft will be equipped with the ECRS Mk 1 variant, an improved version of the Mk 0 that is being produced for the Typhoons bought by Kuwait and Qatar. The same radar will be also retrofitted on the other 110 Eurofighter in the Luftwaffe’s inventory, of which 79 are from Tranche 2 and 31 from Tranche 3.

Another feature that will be included in the Tranche 4 configuration is the GBU-54 Laser JDAM integration. The Federal Office of Bundeswehr Equipment, Information Technology and In-Service Support (BAAINBw) placed an order in September for 2,290 guidance kits and 910 bombs that will be delivered starting from next year and used by the Eurofighter. Until now, the only guided bomb employed by German Typhoon was the GBU-48 Enhanced Paveway II known also as EGBU-16. 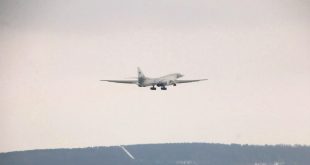