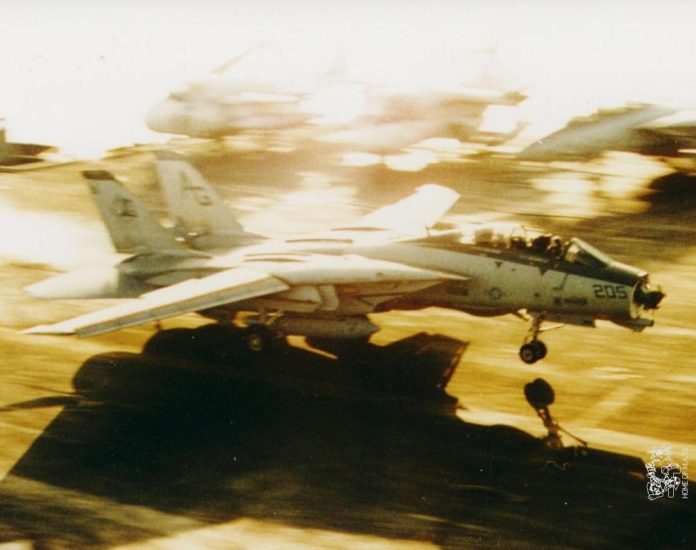 The crew, LtCdr. Joe F. Edwards Lt.JG Scott C. Grundmeier, had to make an emergency landing when the nose cone came off because of a latching mechanism failure at a height of 8,200 m over the Persian Gulf.

According to the site HOME OF M.A.T.S., during the departure, the radome came in contact with the canopy and broke out the forward glass and shattered the windscreen.

The pilot suffered a broken right collarbone and glass in both eyes but managed to bring the jet back to the ship for a perfect two wire landing. 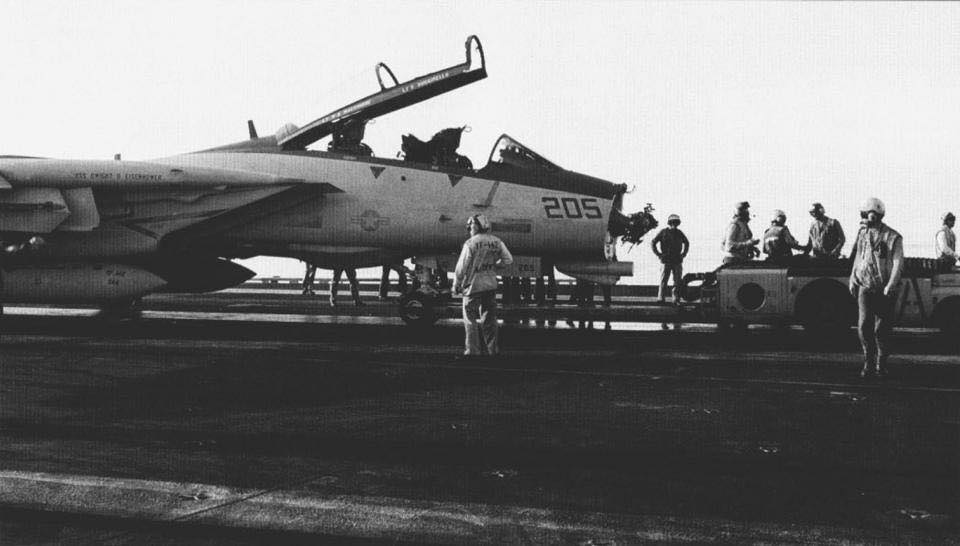 Forward visibility was restricted to looking through a three-inch hole in the left windscreen since the rest of the forward glass was so badly cracked. The pilot was LCDR Joe Edwards and the RIO was LCDR Scott Grundmeier.

LCDR Edwards was medevac’d to Bahrain for eye surgery then home to the US. He later became a pilot for NASA in the Space Shuttle program. 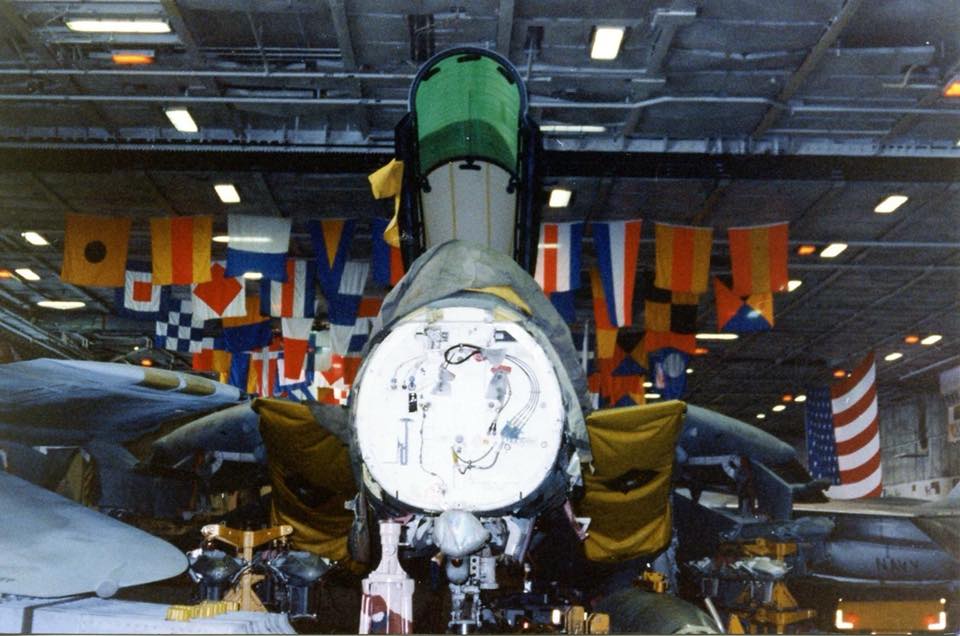