If the Su-30MKI has a tactical advantage over the Typhoon, the same advantage should extend over the Rafale as well, both of which are more expensive than the Russian origin aircraft.

Eurofighter Typhoon and Dassault Rafale can be closely compared. Both the fighters have nearly identical size, power, and performance.

Both are twin-engined Eurocanards. Both aircraft are capable of carrying advanced Electronic warfare suites equipped with jammers and decoys. Both can deliver ALCMs like storm shadow, AASM or Taurus KEPD 350. Both have roughly the same IR and radar signature. Both are equipped with AESA radars and IRSTs. Both have roughly the same speed and are capable of mounting ramjet powered MBDA Meteor.

The Sukhoi-30 MKI mounts a Vympel R-77M BVR AAM missile and aNIIP NO11M Bars (Panther) integrated radar sighting system. The Russian origin plane is capable of performing all tactical tasks of the Su-24 Fencer deep interdiction tactical bomber and the Su-27 Flanker A/B/C air superiority fighter while having around twice the combat range and at least 2.5 times the combat effectiveness.

The Su-30MKI is powered by the Al-31FP (P for povorotnoye meaning “movable”) engine. The Su-30MKI has a large range of 3,000 km without refueling which allows for autonomous operations that require high endurance. 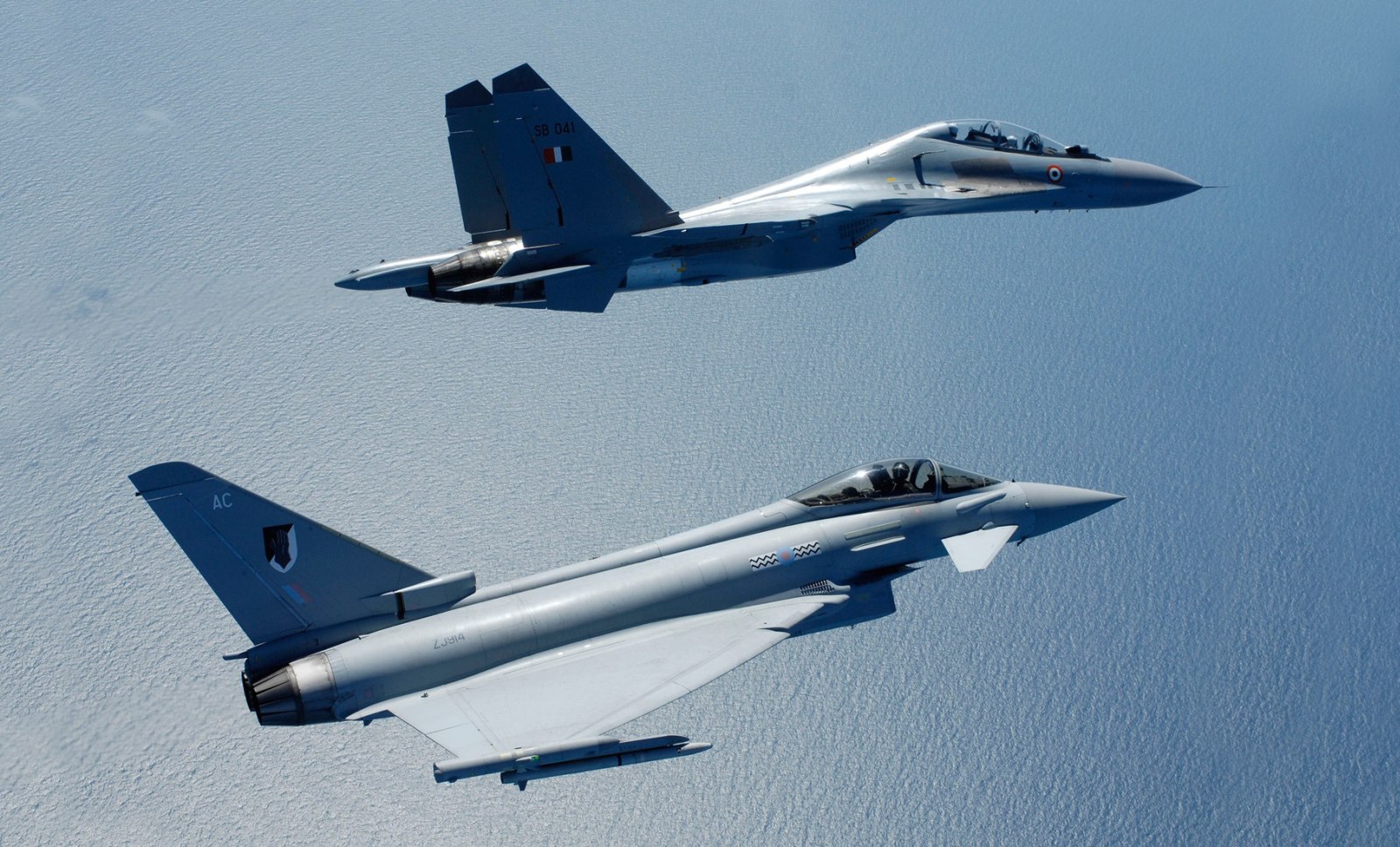 It has an inbuilt In-Flight Refueling (IFR) probe that is retracted beside the cockpit during normal operation. The aircraft can carry air-to-air and air-to-surface missiles, guided bombs, unguided projectiles, APK datalink pods, ELTA RF jammers etc.

“In all dogfighting exercises, IAF Sukhois were able to turn sharply into the extremely agile Typhoons using their thrust-vectored engines to keep the RAF jets locked in their sights. The Su-30’s advanced Infrared Search and Track System (IRST), a passive sensor, which cannot be tracked, proved to be a distinct advantage for the IAF’s pilots in close-combat maneuvering,” NDTV quoted Group Captain Ashu Srivastav, the Contingent Commander in the exercises as saying.

“Both the IAF and RAF used the full capabilities of their onboard radars in training mode, which meant that actual radar frequencies used in combat conditions were never exposed for confidentiality reasons. However, the detection ranges of the radars of both aircraft were not curtailed per se. This was air combat as close to the real thing as possible,” he said.

So does it mean that the Su-30MKI is superior to the two leading European fighters? Experts are divided on this as the Russian aircraft won in a dogfight, a type of aerial warfare which went out of practice in the 80s with network-centric warfare now in vogue.

Both Eurofighter and Dassault were contenders for the Indian Air Force MMRCA program. Dassault Rafale won the contract but later with technology transfer and cost escalation issues, India chose to reduce the number of aircraft from 126 to 36 this April. 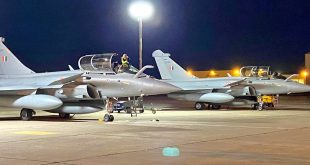