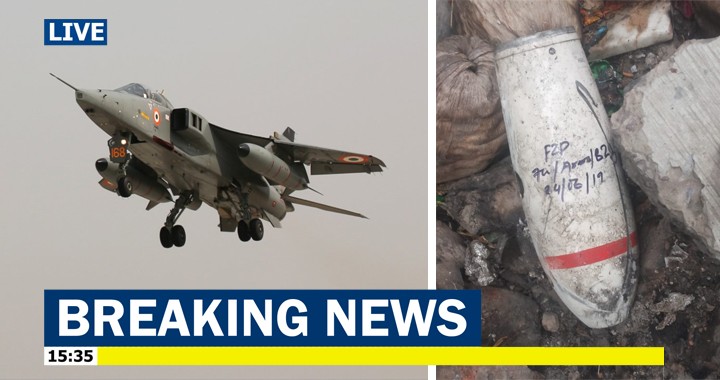 An Indian Air Force Jaguar pilot jettisoned fuel tanks of his aircraft after one of the engines of the fighter jet failed after being hit by a bird.

However, the pilot managed to land the plane safely at the Ambala Air Base.

The pilot was going for a training mission when the aircraft got hit by a bird.

The pilot made an emergency landing in Ambala immediately when the aircraft suffered a bird hit after the takeoff.

No casualties have been reported in the incident so far.

IAF aircraft suffers engine failure mid-air, lands safely in Ambala
Prompt action by an Indian Air Force (IAF) pilot saved his Jaguar fighter aircraft after it suffered a bird hit soon after taking off from the Ambala air base and landed back safely on Thursday morning. pic.twitter.com/wiw3UQOy2g

Defence Minister Rajnath Singh earlier this week claimed that the Indian Air Force has so far lost 33 aircraft, which includes 19 fighter jets, in crashes since 2015-16.

An An-32 helicopter of the IAF crashed in Arunachal Pradesh just minutes before taking off on June 3, killing all 13 Air Force personnel on board.

However, 2018-19 saw a spike in those numbers after the two IAF helicopters, two trainer aircraft, seven fighter jets, which also included an MiG-21 fighter jet that was brought down when Wing Commander Abhinandan Varthaman engaged in a dogfight with Pakistan Air Force fighter jets on February 27. Incidentally, the very same morning, as Mi-17 helicopter also crashed, killing six IAF personnel.