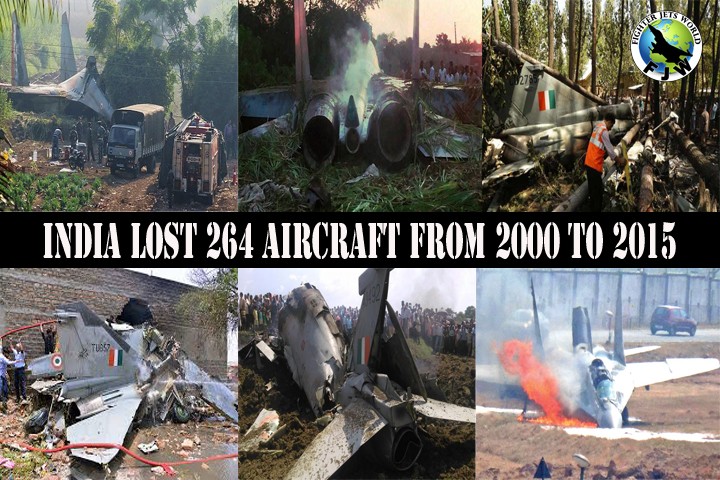 Shocking statics have revealed that India lost 264 Military Aircraft from 2000 to 2015.

Indian Air Force was founded on 8 October 1932. According to Bharat rakshak IAF Aircraft Accidents Database
In last 86 years IAF has lost a  total of 1707 Aircraft during combat and crashed incidents

Here is the Breakdown of IAF Aircraft Accidents per year

Two years ago, India’s then defense minister told parliament that more than half the 872 MiGs it had purchased from Russia had been lost in accidents, at a cost of over 200 lives.

According to figures released by the Ministry of Defence in March 2013, the IAF was losing the equivalent of one fighter squadron (approximately 18 fighters) in accidents every two years

PLAAF has nearly 2,000 planes (Most of PLAAF jet are also Russian jets), but PLAAF has very low crash accident rate.

Why the Indian Air Force has a high crash rate?

Reasons for these crash are

Two minutes from disaster – Jaguar about to crash! 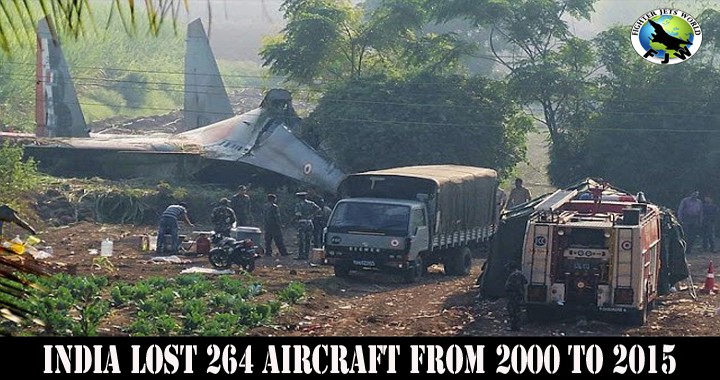 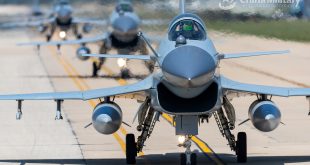