The 675 scrambles conducted by the JASDF against PLAAF/PLANAF planes constitute a 5.8 percent increase compared to the prior year.

It marks the second-highest number of scrambles in response to Chinese military aircraft for a one-year period since 1958. 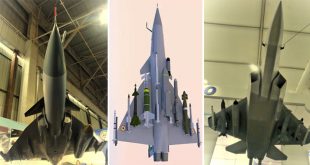 According to Chairman and Managing Director of HAL, R Madhavan, the prototypes of India’s three …