Despite being a feat of technology and engineering, the F-22 Raptor’s powerhouse is surprisingly simple and requires only a handful of tools- the kind you’d find at any hardware store.

The F-22 Raptor is one of the Air Force’s most reliable planes. Roughly half the time a Raptor spends being repaired is just to fix Low Observable (LO) stealth coatings that get damaged when ground crews open her up for things like routine maintenance.

What is really impressive about the F-22 is how easy it is for a trained ground crew to repair her engines.

According to war is boring article, USAF F-22 Raptor engines are designed so well it can be repaired with 6 tools found in any hardware store.

Unlike the F-35, however, if one of the F-22’s Pratt & Whitney engines fail and you don’t have the tools to fix it, you can just head out to Home Depot and get what you need.

Lockheed-Martin designed the F-22 with two F-119 Pratt & Whitney engines. These sturdy but powerful thrust monsters were designed to be maintained on the flightline using only six common tools available at any commercial hardware store — not something you’d expect from one of the world’s most advanced air superiority fighters, but it came from what used to be a common principle in the military: simplicity.

Everything about this engine has been expertly engineered, from the titanium alloys to the ceramic coating used on certain parts to absorb radar signals.

Thanks to a simple design, the F-22 is a keeper- and it has to be. The US currently can’t make any more, due to the fact that the production line shortsightedly shut down long ago.

According to Business Insider, the F-22 does spend a lot of time in maintenance due to its radar-absorbing ceramic coating.

Meanwhile, the F-22 Raptor is the quiet professional in the world of air superiority fighters. It has a smaller radar cross-section than the F-35 (the size of marble versus the size of a golf ball) and is probably the most lethal air combat aircraft in the world, even considering the fifth-generation fighters produced by great power adversaries like China and Russia. But the area where it’s even more superior isn’t in the air, it’s on the ground. 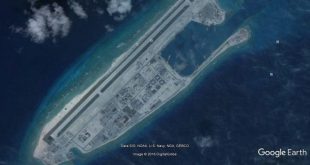