List of MOST Insane Military Aircraft In The World

The topmost insane military aircraft in the world! These jets, choppers, and shuttles are the craziest and most advanced flying vehicles the worlds’ militaries have to offer.

From fifth-generation fighter jets to experimental space planes, today we look at the MOST Insane Military Aircraft In The World.

The most advanced modern method of airborne electronic attack, The EA-18G Growler is a source of military support in the field. This plane safeguards strike aircrafts thanks to its ability to tactically jam and protect electronics during hazardous missions. Thanks in part to powerful afterburners, the maximum speed of the Growler is a whopping 1,190 miles per hour or Mach 1.8. The EA-18G typically isn’t weighed down by heavy machinery as its normal payloads consist of external fuel tanks, jamming pods, and some missiles. A larger jet, the Growler has room for a single pilot and a weapons system officer, despite being equipped with minimal projectile weapons. Regardless of equipped self-defense capabilities, though, pilots of this plane tend to be more concerned with matters of disruption and radar-tampering.

One of the latest projects of the United States X-planes, a category assigned to experimental planes under development for the U.S. government, the X-59 Quiet Supersonic Transport, or QueSST for short, was devised to test the potential for supersonic transport. Lockheed Martin won the design contract to build this aircraft in 2016 with an extensive time table for building, testing and reporting the results of scale models beforehand. Earlier this year, NASA awarded them with a $247.5 million contract to continue with the project and go on to fully design, construct and deliver the plane by 2021. The sharp-looking, needle-nosed aircraft is meant to work as a low-boom flight demonstrator as its expected to have a ground noise of about 60 decibels. That’s only one one-thousandth the volume of a current supersonic plane. The QueSST’s long, narrow frame plays a large part in this process as it keeps the shock waves generated by the supersonic speeds from coalescing. Though still in its early stages of development, the quest to create a speedy yet silent aircraft looks optimistic with the X-59

The NASA X-57 Maxwell is an experimental aircraft being developed by NASA, intended to demonstrate technology to reduce fuel use, emissions, and noise.

The Mitsubishi X-2 Shinshin is a Japanese experimental aircraft for testing advanced stealth fighter aircraft technologies. It is being developed by the Japanese Ministry of Defense Technical Research and Development Institute (TRDI) for research purposes. The main contractor of the project is Mitsubishi Heavy Industries. Many consider this aircraft to be Japan’s first domestically made stealth fighter. ATD-X is an acronym for “Advanced Technology Demonstrator – X”. The aircraft is widely known in Japan as Shinshin although the name itself is an early code name within the Japan Self-Defense Forces and is not officially in use. The aircraft’s first flight was on 22 April 2016.

The Eurofighter Typhoon is a twin-engine, canard–delta wing, multirole fighter. The Typhoon was designed originally as an air superiority fighter jet

The Piasecki X-49 “SpeedHawk” is an American four-bladed, twin-engined experimental high-speed compound helicopter developed by Piasecki Aircraft. The X-49A is based on the airframe of a Sikorsky YSH-60F Seahawk, but utilizes Piasecki’s proprietary vectored thrust ducted propeller (VTDP) design and includes the addition of lifting wings. The concept of the experimental program was to apply the VTDP technology to a production military helicopter to determine any benefit gained through increases in performance or useful load.

The Lockheed Martin F-35 Lightning II is a family of single-seat, single-engine, all-weather stealth multirole fighters. The fifth-generation combat aircraft is designed to perform ground-attack and air-superiority missions. It has three main models: the F-35A conventional takeoff and landing (CTOL) variant, the F-35B short take-off and vertical-landing (STOVL) variant, and the F-35C carrier-based catapult-assisted take-off but arrested recovery (CATOBAR) variant. The F-35 descends from the Lockheed Martin X-35, the winning design of the Joint Strike Fighter (JSF) program. It is built by Lockheed and many subcontractors, including Northrop Grumman, Pratt & Whitney, and BAE Systems.

The Boeing X-37, also known as the Orbital Test Vehicle (OTV), is a reusable uncrewed spacecraft. It is boosted into space by a launch vehicle, then re-enters Earth’s atmosphere and lands as a spaceplane. The X-37 is operated by the United States Air Force for orbital spaceflight missions intended to demonstrate reusable space technologies. It is a 120%-scaled derivative of the earlier Boeing X-40. 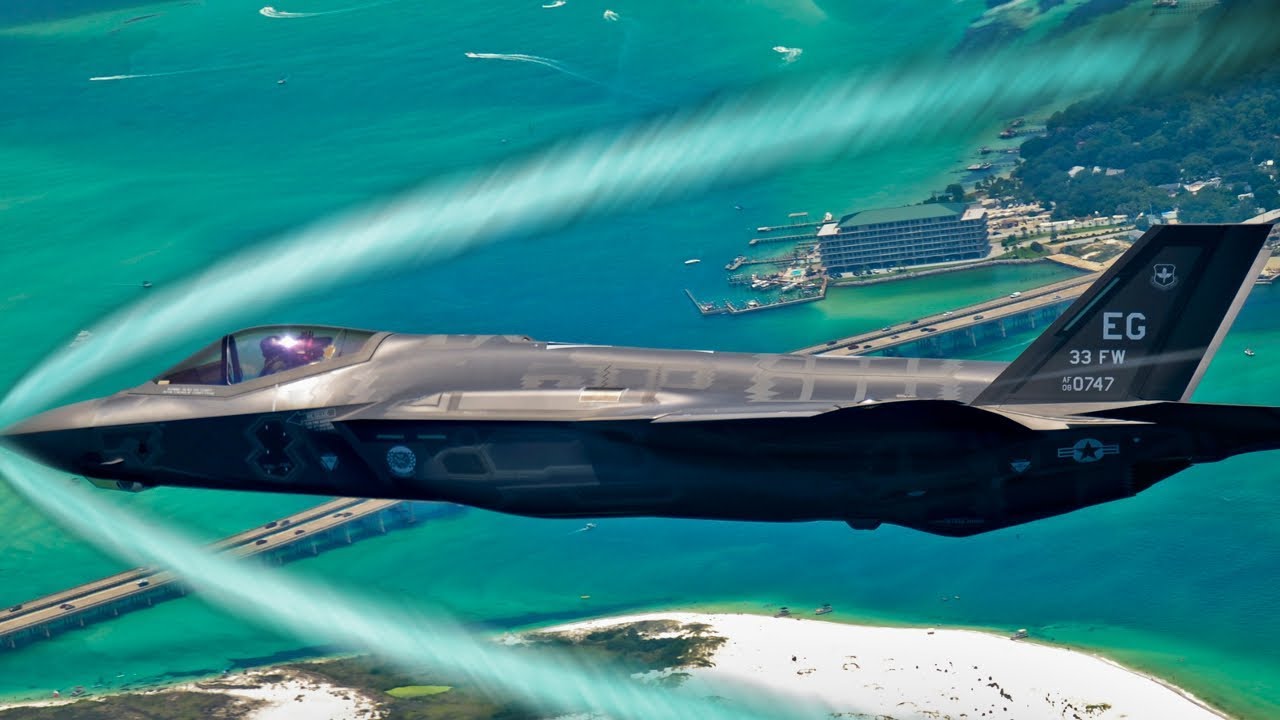