Modern military fighter aircraft are extremely expensive to procure with the unit cost for a single F-35A coming to $98 million.  The amount of money needed to keep cutting-edge military aircraft airborne once they enter service is also considerable.

According to Department of Defense data 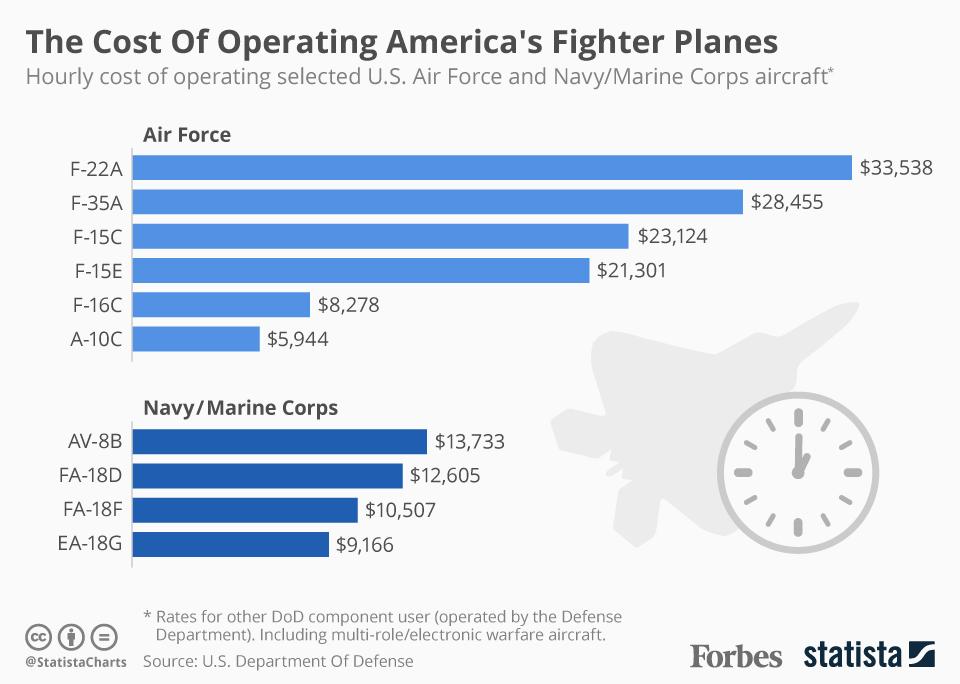 Here is another Chart that shows the cost of operating the US Air Force’s most expensive planes: 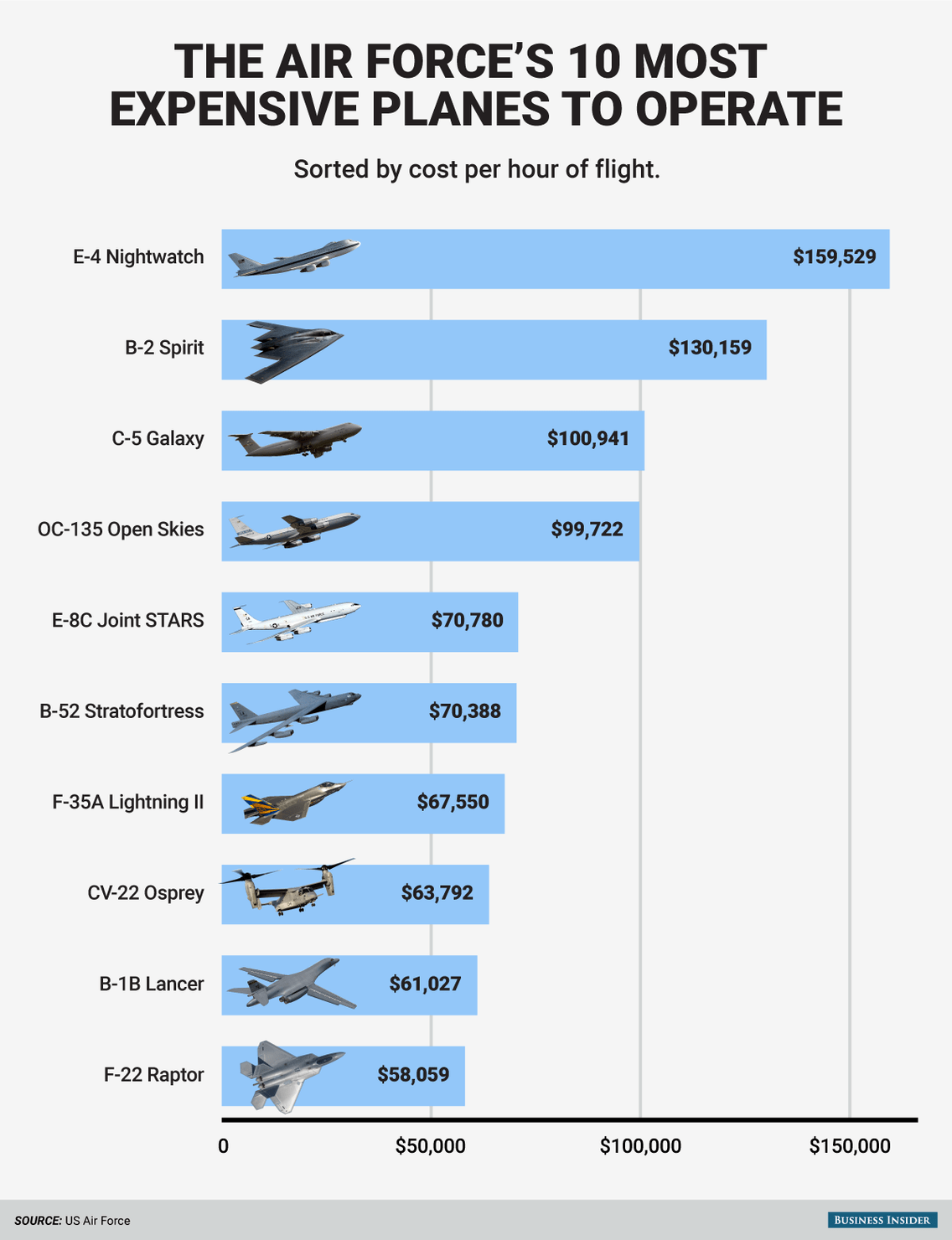 The E-4 Nightwatch is the most expensive military plane the Air Force operates. The Nightwatch is a command and control aircraft that’s meant to serve as a flying airbase for the US president and cabinet members in case of a national disaster. Designed as a doomsday plane, the Nightwatch is expensive to operate because of its size and technical abilities. The plane is specially designed to survive electromagnetic pulses, with additional thermal and nuclear shielding. It can also refuel aerially and fit up to 112 passengers. 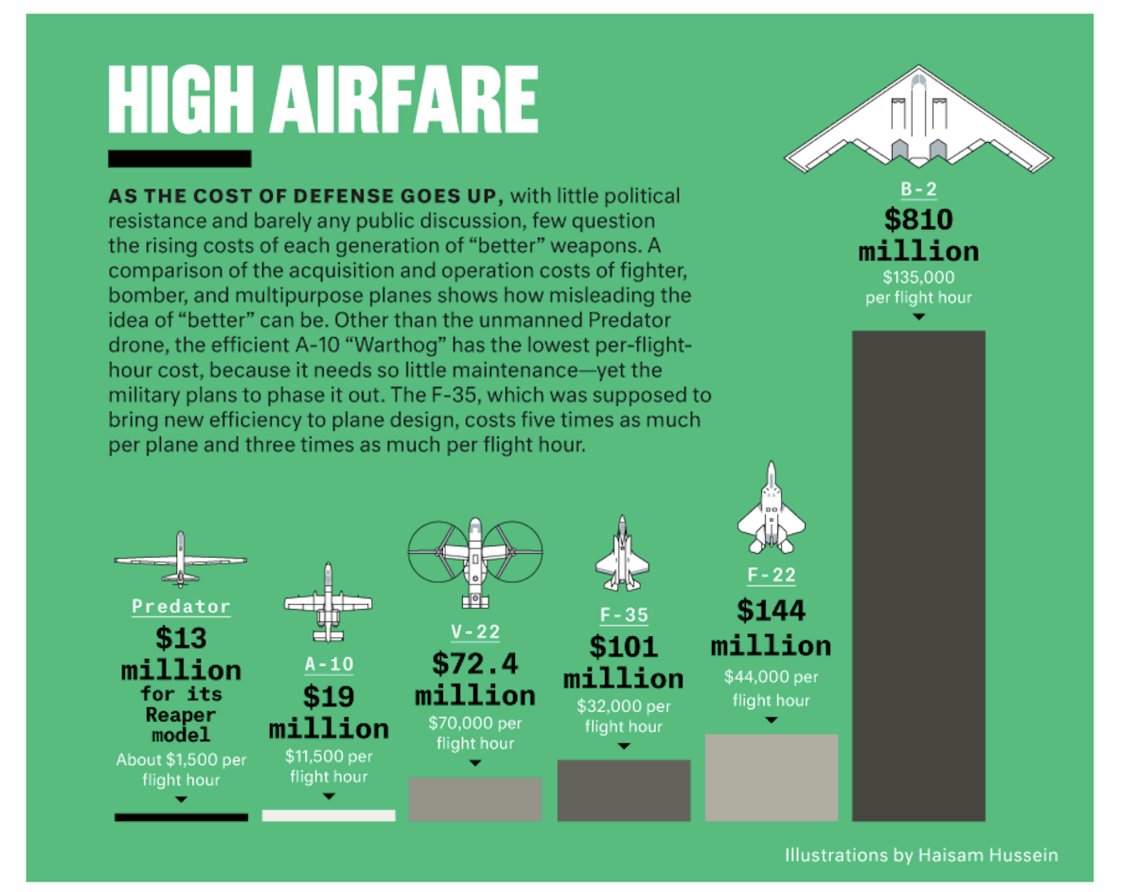 Surprisingly, the much-maligned F-35 is only the seventh most expensive plane per hour that the Air Force flies. Its costs are partially due to the lack of an efficient supply chain for the aircraft, something that should be sorted out over the coming years. Among the cheapest aircraft that the Air Force operates are Predator drones and the A-10. These aircraft cost an estimated $1,500 and $11,500 per hour to operate, respectively. 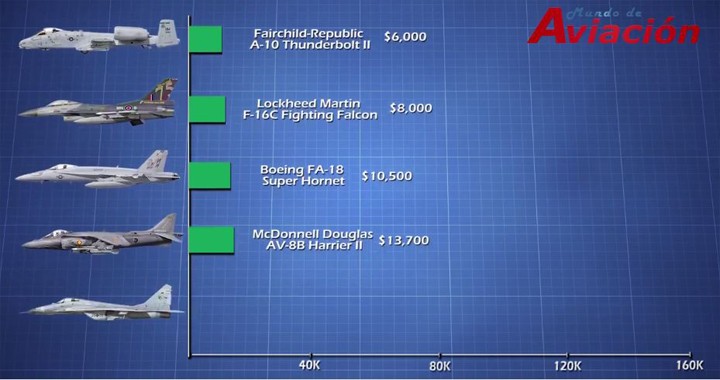 Previous Venezuela crisis: Tensions growing as Russia sends troops to Venezuela
Next Russia deploys S-300 to Baltiysk amid tension as U.S.A.F Deploys B-52 Bombers to Europe 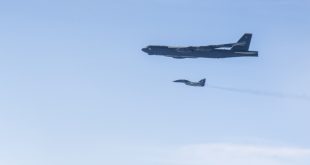