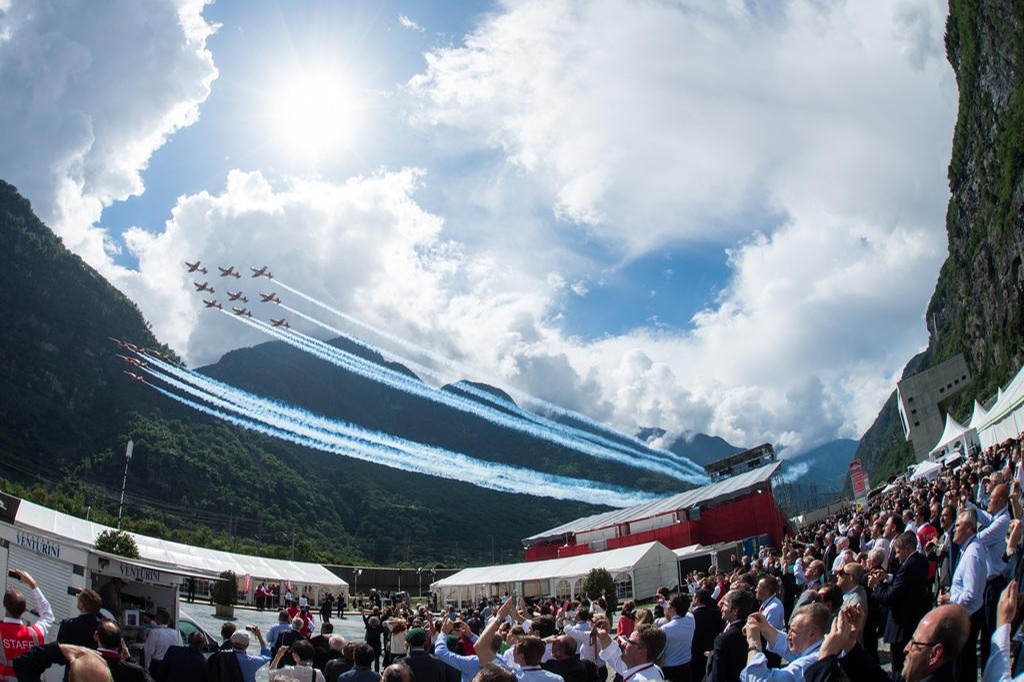 The team’s jets were scheduled to fly over Langenbruck, in northwestern Switzerland, south of Basel, where the commemoration of the 100th anniversary of the death of Swiss aviation pioneer Oskar Bider was held, but they flew over Mümliswil, missing the target by about 6 km.

Unfortunate circumstances” are the source of this error. The spokesman of the army Daniel Reist confirmed Sunday to Keystone-ATS information of 20min.ch. During the approach, the leader of the Swiss Patrol saw a large festival area with a tent in Mümliswil, which prompted him to fly over it.

The squadron should have passed over the town of Langenbruck, where the commemoration of the 100th anniversary of the death of Swiss aviation pioneer Oskar Bider was held. The latter was born in the commune.

Instead, aviation enthusiasts from Mümliswil-Ramiswil, a few kilometers away, had the pleasure of admiring the aircraft. The 31st yodel festival in northwestern Switzerland was held here.

According to the spokesman, the mistake is not worrying. The Swiss Patrol pilots, all equipped with Tiger F-5E, have instruments over 40 years old. “The navigation is done with a map, a felt and the view”.

GPS or other modern technologies do not exist in these planes. These are no longer suitable for combat operations and are no longer used for this purpose. “In a crisis, you could not hit any target,” says Reist.

The 31st yodel festival in northwestern Switzerland was being held there: people attending this festival enjoyed the unplanned flyover.

Some display teams (such as the Frecce Tricolori display team of the Italian Air Force) have their Commander or other team members on the ground talking to the team on the radio to give advice as well as updates on wheather conditions or other events occurring at the location of the flyover (for instance, the presence of a team member on the ground is crucial when the passage must take place at very same time a VIP arrives or when a Head of State lays a wreath of flowers at a monument etc). The lack of visual contact with the formation during the approach to the festival would have helped a team member on the ground recognizing the mistake.