Philippine President Rodrigo Duterte has threatened to send his troops on a “suicide mission” if Beijing doesn’t “lay off” a Manila-occupied island in the South China Sea.

Duterte’s speech at a rally in the city of Puerto Princesa in Palawan came days after the Philippine government claimed as many as 275 Chinese boats and ships had been spotted around Manila’s Thitu Island in the Spratly Island chain.

“I will not plead or beg, but I am just telling you that lay off the Pag-asa because I have soldiers there,” Duterte said in speech to prosecutors.

“Let us be friends, but do not touch Pagasa Island and the rest,” Duterte said

“If you make moves there, that’s a different story. I will tell my soldiers, ‘Prepare for suicide mission’.”
Duterte said his words were not a warning, but rather “advice to my friends.”

A small Philippine military garrison, as well as about 100 civilians, are based on Thitu, which lies about 500 kilometers (310 miles) from Palawan, one of the islands that make up the Philippines.
Tensions have risen since the start of 2019 in the South China Sea, one of the world’s most disputed regions and an important shipping lane.

The Philippines and China each claim overlapping areas of the vast sea, along with multiple other countries including Vietnam, Malaysia, and Brunei. The area where Thitu is located is also claimed by China as part of its territory.

The latest arrival of Chinese vessels around Thitu Island has provoked a stern response from Manila.

The Philippines Department of Foreign Affairs in a statement Thursday said their presence was “illegal” and a “clear violation of Philippine sovereignty.

“It has been observed that Chinese vessels have been present in large numbers and for sustained and recurring periods — what is commonly referred to as ‘swarming’ tactics — raising questions about their intent as well as concerns over their role in support of coercive objectives,” the Philippine statement said.

The United States, long-time Philippines ally and former colonial master, has moved to oppose any Chinese expansion in the sea.

For the first time, the US said in March that it would come to Manila’s aid in case of an “armed attack” in the South China Sea.

The US Navy has also forcefully asserted its right to freedom of navigation in the area, repeatedly sailing close to the manmade islands and drawing Chinese protests.

Previous Three American soldiers and a U.S. contractor are killed near Bagram Air Base
Next Google’s to start world-first drone delivery business in Canberra 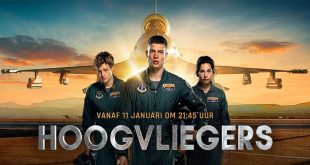