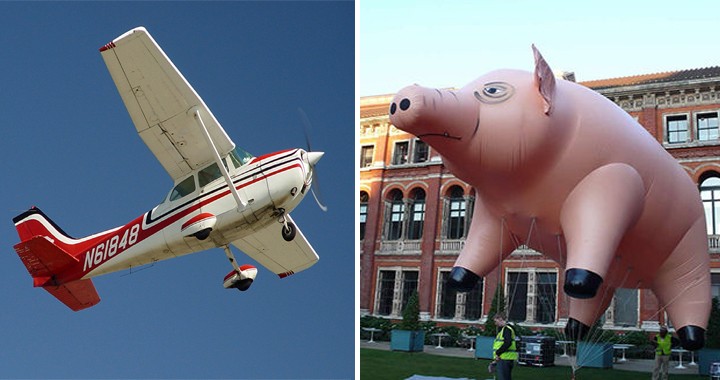 The pilot of the Eurofox reported that the two-meter long pink pig powered by six rotors on its back flew just nine meters away from him.

The bizarre incident happened just after 2.15pm on May 4 this year when he was flying two miles south of Pocklington airfield, East Yorkshire.

The pilot’s story prompted an investigation by the UK Airprox Board which looks into near misses in UK air space.

Investigators were unable to conclude that the pig was a drone which should have been at a maximum legal height of 400ft.

Instead, they suggested that the pilot may have seen another aircraft, a balloon or an advertising blimp that had broken free from its moorings.

Anyone operating the flying pig could have been jailed for up to five years if convicted of endangering an aircraft.

The case was classified as a Category D incident where there was insufficient information to determine the risk involved.