Home / Air / Russians Coming Up With New Flankers: Designs Better Than Su-35 In The Offing

Russians Coming Up With New Flankers: Designs Better Than Su-35 In The Offing 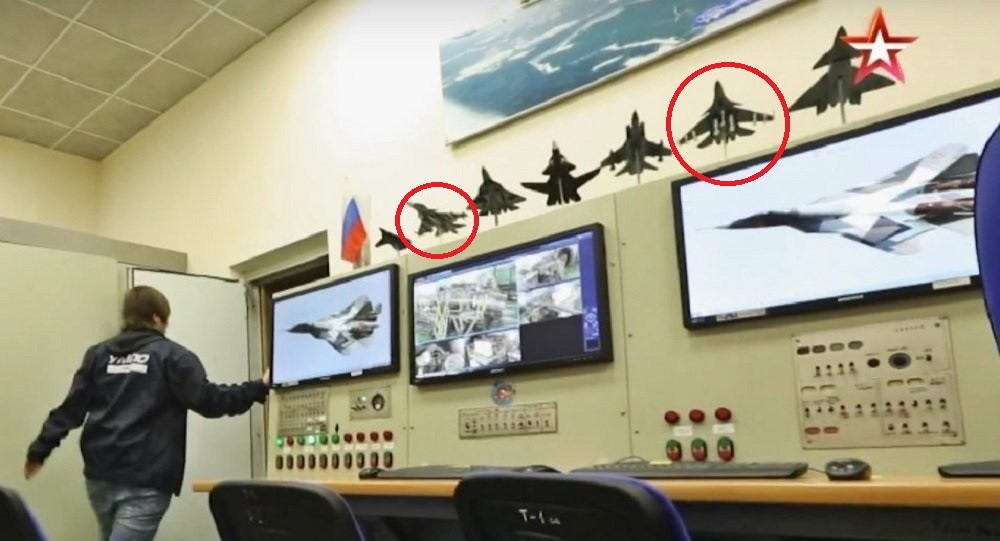 In 2014 Russia inducted the most advanced derivatives of its Su-27 ‘Flanker’ heavy fighter into service, the ‘4++ generation’ Su-35 air superiority fighter and the Su-34 strike fighter. These aircraft demonstrated significantly superior capabilities compared to the original design that had entered service 29 years prior. The Su-35, in particular, has since gained considerable attention abroad, both from the Western Bloc, which has met its induction with much apprehension due to its sophistication, and a number of third parties, many of them Western-aligned, which have sought to acquire the advanced jet for their own air fleets.

While the Su-35 was hailed as the epitome of the Flanker design, one which would serve the Russian Air Force in the interim unit the Su-57 fifth generation air superiority fighter was fully combat ready, the nature of the Su-57 as primarily a sixth generation fighter design, one unlikely to enter service in considerable numbers for over a decade until further technologies are developed, means that the Flanker airframe will be heavily relied on for many years to come.

As capable as the Su-35 is, the platform retains considerably room for further improvement with next-generation technologies to allow it to better contend with the elite fifth generation fighters fielded by rival powers – namely the U.S. F-22 Raptor and Chinese J-20. There remains a significant possibility that further Flanker variants will be developed based on the Su-35 design, both to enhance Russia’s aerial warfare capabilities and for export.

One prominent technology which future Flankers may integrate is stealth, with India and the United Arab Emirates both showing interest in acquiring a Russian stealth fighter based on existing technologies. Much like Boeing modified the F-15E into the F-15SE Silent Eagle, a variant of the heavy fighter with some limited stealth capabilities, so too could the Su-35 potentially be modified to provide frontal stealth – most likely under a new designation such as Su-42.

While stealth technologies could well make the Flanker attractive for export, Russian doctrine traditionally has not put a strong emphasis on such capabilities. A number of other next technologies developed for the Su-57, which are currently being integrated onto the MiG-35 light fighter, are more likely to see service on a future Flanker design used by the Russian Air Force.

Perhaps the two most prominent fifth generation technologies likely to be used by the MiG-35 to make it a capable next-generation fighter, which the Su-35 itself lacks, are an active electronically scanned array (AESA) radar, which allow the fighters to operate with a considerably reduced radar signature and new missile platforms designed for the Su-57 which the high-end fourth generation platforms are set to integrate.

The K-77 air to air missile, with a 193km range and cutting-edge active phased array antenna (APAA) technologies for unprecedented levels of precision even at extreme distances, is but one example – considerably more sophisticated than the less accurate R-77 and even the R-27ER, the most capable long range air to air missiles deployed by the Su-35 and older fighters with ranges of 110km and 130km respectively.

The Kh-38M and Kh-36 Grom cruise missiles, designed for the Su-57 and MiG-35, can also potentially be deployed by a new Flanker variant in future. More advanced thrust vectoring technologies similar to those employed by more modern fighters are also likely to be used by a new Flanker variant. More advanced infrared search and track (IRST) systems developed for the Su-57 could also potentially be integrated into the new platform.

Much as China’s J-11D ‘4++ generation’ air superiority fighter is set to deploy cutting-edge fifth generation technologies, including PL-15 and PL-12D missiles designed for the J-20, so too is Russia likely to induct new Flanker variants making use of more sophisticated systems than the Su-35 currently does. A new Flanker equipped with the latest radar and infrared sensors, air to air missiles and cruise missiles as well as updated avionics would very likely be one of the world’s most capable fighters – with an export variant potentially deploying stealth technologies.

With the designations Su-37 and Su-39 already taken by a prototype air superiority fighter and an advanced attack jet respectively, Su-40 or Su-41 could be potential designations for the new Flanker variant. Ultimately while the Su-35 is a capable fighter, more sophisticated technologies have been developed since its design was finalized and continue to be improved on for the Su-57. Given the relatively low cost of a more advanced Flanker variant, both to maintain and to develop, and the reliability and versatility of the airframe, induction of a new more advanced Flanker variant surpassing the Su-35 in its air superiority capabilities remains likely.