Recent videos from Russia indicate that the country may be on the verge of introducing significant new air-to-air missile capabilities to its most advanced combat jets.

The footage of the Su-57 with the K-77s was contained within a recently released official documentary commemorating the 100-year anniversary of the founding of the 929th Chkalov State Flight-Test Center at Akhtubinsk. The video of the Su-35S firing the R-37M emerged in an official Russian Ministry of Defense video marking the same occasion late last week. This center is responsible for the state evaluation of military aircraft, including determining which air-launched weapons are cleared for frontline service.

Russia’s new K-77 air to air missile, a design based loosely on the R-77 currently in service, has been unveiled for the first time carried by an aircraft.

The K-77 was developed specifically to equip Russia’s Su-57 next-generation fighters, and accordingly is shorter than other long-range missile designs and has clipped fins to allow it to be carried in the new fighter’s internal weapons bays.

The Su-57 notably has a larger internal carrying capacity than any other fifth-generation aircraft and can accommodate up to eight long-range air to air missiles and two short-range ones.

Its rivals the American F-22 Raptor and Chinese J-20 can only carry six long-range and two short-range missiles each, while the new and much smaller American F-35, the only Western stealth fighter in production today, carries just four missiles of any size. The Su-57’s weapons bays are also deeper than those on the Raptor or the J-20, allowing it to carry higher diameter weapons such as cruise missiles, guided bombs, and in the future small hypersonic ballistic missiles as well which are currently at a prototype stage of development.

The Su-57 is a highly ambitious design which integrates a number of technologies not seen on other fifth generation fighters, including three dimensional thrust vectoring engines, cheek and rear facing radars and laser defence systems among others.

The aircraft’s prototypes are currently being used as testbeds for sixth-generation technologies, which are expected to be integrated onto later variants.

The K-77 is expected to bridge the gap in firepower between the Su-57 and new American and Chinese fighters, with the older R-77 missile eclipsed in its capabilities by America’s new AIM-120D, and far moreso by China’s new PL-15 which is currently considered the absolute leader in the field.

It remains uncertain whether the K-77 will use a cheaper and less sophisticated passively scanned array radar, as Russian missiles until now have and as U.S. and European missiles do, or whether it will use a more advanced AESA radar, as only Japanese and Chinese missiles currently do.

Russia was notably a latecomer in integrating AESA radars onto its fighter jets, with its first AESA radar-equipped fighter the MiG-35 entering service in June 2019, but such radars can provide missiles with a key advantage both in locking onto enemy aircraft and in countering enemy electronic warfare efforts.

The K-77 is reported by Russian sources to have a range of 193km, longer than the top American missile the AIM-120D which reaches 180km, but short of the Chinese PL-15 which reaches an estimated 250-300km. What makes the K-77’s introduction particularly significant, aside from its more compact size and longer range, is the fact that its active phased array antenna (APAA) guidance technologies make it extremely accurate even against small and agile targets at extreme ranges.

A sophisticated radar system in the missile’s nose can overcome the radar’s “field of view”problem, allowing the missile to retain a lock 360 degrees around itself, and thereby preventing fighters from evading its “field of view” by ducking past it. This will provide the missile with a ‘no escape range’ several times as long as that on the R-77, and much longer than those of the AIM-120D or PL-15. Russian state media outlet RT explained the APAA technology used by the K-77 as follows:

“An active phased array antenna consists of a large number of cone-shaped cells installed under a transparent-to-radio-waves cap on the nose of the missile. Each cell receives only a part of the signal, but once digitally processed, the information from all cells is summarised into a ‘full picture,’ enabling the K-77M missile to immediately respond to sharp turns of the target, making interception practically inevitable.”

Integration of the K-77 is but the latest example of the Su-57 fighter pioneering groundbreaking new technologies which other countries may only later begin to develop themselves. 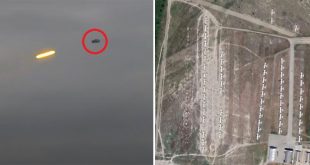