The pilot died in the crash and the aircraft was destroyed.

A jet crashed on Tuesday near the commune of Remada in the governorate of Tataouine (620 km south of Tunis), causing the death of the pilot, announced the Tunisian Ministry of National Defense.

“An F5-type military fighter plane, which was carrying out an operational mission in the depths of the desert in the Remada area, crashed this morning, causing the death of its pilot,” the ministry said in a statement.

A technical committee has been set up to determine the causes of the accident, the ministry said, adding that military justice will investigate the matter. 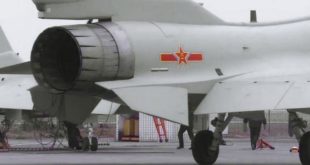