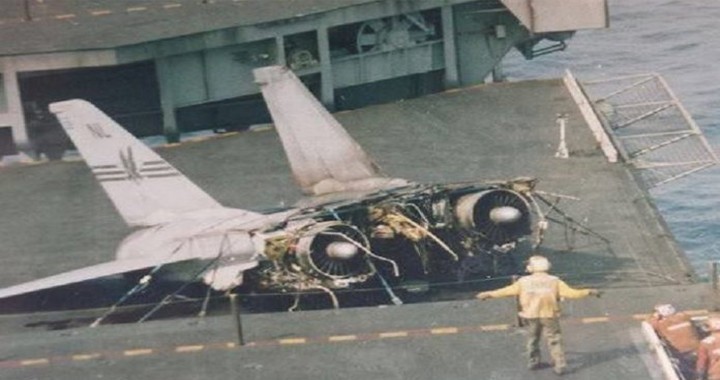 A ramp strike is when an aircraft coming to land aboard an aircraft carrier impacts the rear of the carrier, also called the ramp, below the level of the flight deck.

Damage from a ramp strike to the aircraft can range from broken hook or undercarriage to total loss of airframe; damage to the carrier can range from injured deck plating to a severe fire.

On the night of July 11th, as we made our way across the pond, it was a horrible night for pilots ‘behind the boat’ as the deck was pitching 10 feet in both directions.

The pilot, LT “Pig” Arnold, made an unsafe power correction inside the waveoff window, chasing the deck down. When the ship rose back up, he did not have enough power, even at full throttle, to safely wave off.

The RIO – LCRD “Animal” Jennings saw what was coming and he initiated ejection just after the plane impacted the round down of the ship.

The plane actually caught a wire and split into two pieces, with engine and back half of the jet left as a burning fireball in the wires. The front half of the jet skidded off of the front of the ship. 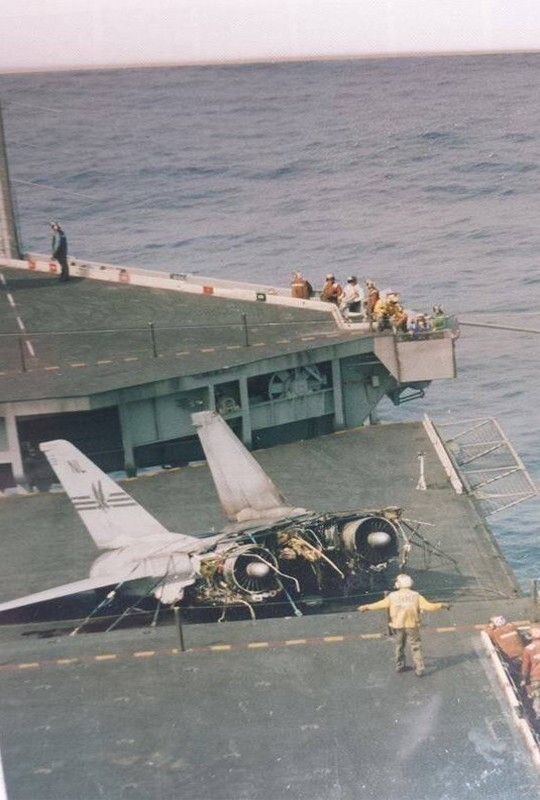 Animal landed in his chute on the front of the ship next to some parked S-3’s. Aside from some minor injuries to his feet due to the landing impact, Animal was fine and flying within a few days.

Pig had the unfortunate luck to be brought down in his chute right into the fireball that was burning in the wires. He sustained serious injuries to his hands and neck.

He ended up making a full recovery but never flew Tomcats again.

I watched the mishap live on the ship’s closed-circuit PLAT TV and will never forget the sound of the scraping metal of the jet going across the deck, above me in my stateroom as we watched.”

Here is an old Video of CV-63 aircraft ramp strike. This video is not of the same incident. we have shared it just to give you an idea of how devastating a ramp strike look like 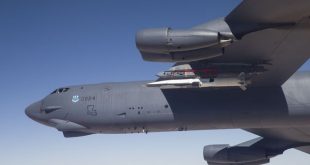