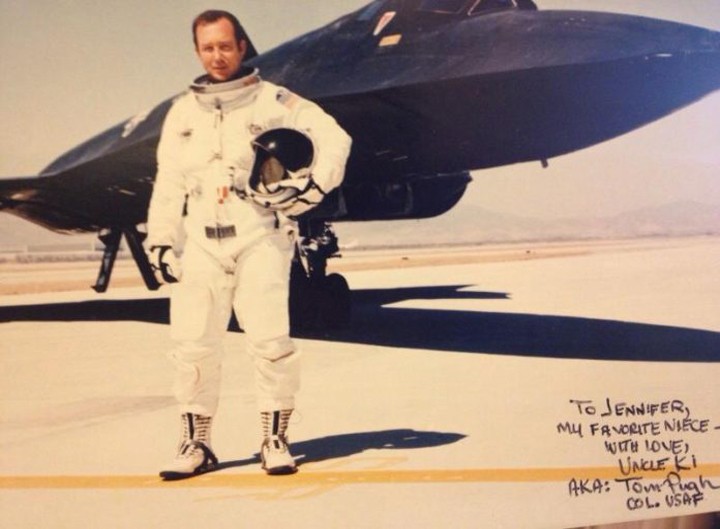 Colonel Thomas S. Pugh was selected for the SR-71 program and was transferred to the 9th Strategic Reconnaissance Wing in 1969. While assigned as an SR-71 pilot in both the 99th and the 1st Strategic Reconnaissance Squadrons, he performed worldwide reconnaissance missions from overseas locations. He was selected for duty in the SR-71 Test Force at AFP-42, Palmdale, Ca. He served as Chief of the Flight Test Engineering Branch and Chief of the Flight Test Division.

On Oct. 15, 1973, while a member of Detachment 51 Flight Test at Palmdale, he earned a “Well Done” award for saving an SR-71 from certain destruction.

The text of the “Well Done” is reported by Lou Drendel in his book SR-71 Blackbird In Action and says:

“On takeoff, shortly after rotation and beyond the take-off abort point, the left engine surged, followed by progressive failure of the second stage turbine wheel.

Aircraft single-engine control at this point was marginal but the take-off was continued. After the aircraft was airborne and during gear retraction, a fire warning light illuminated and was followed by the total failure of the left-hand engine turbine section.

After safe single-engine speed was attained, the Commander completed engine shutdown. An intense fire in the left nacelle resulting from shrapnel damage to hydraulic, fuel and oil lines was extinguished during the shutdown procedure.

Related Article: SR-71 Blackbird that was saved by a Tanker after a Double-Engine Flameout over Northern Laos 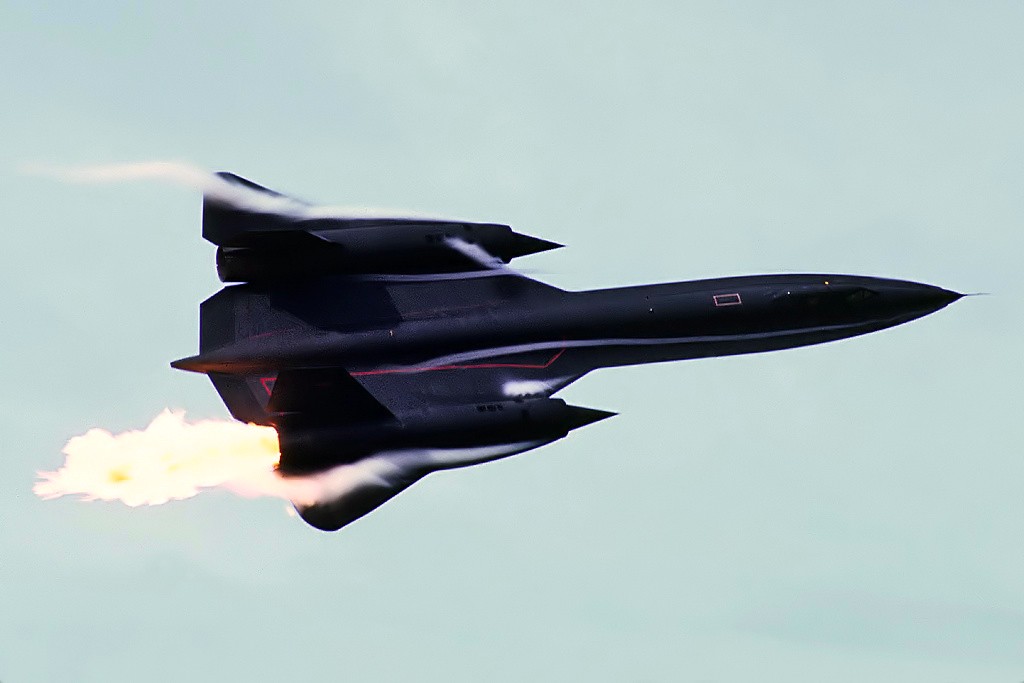 Extensive damage occurred to the entire nacelle, fuselage and right rudder. Tower personnel confirmed that the fire was out. An elongated visual traffic pattern was flown in order to configure the aircraft for a single-engine landing.

Landing weight was reduced and alternate systems were activated to properly configure the aircraft. A smooth landing was accomplished without further damage to the aircraft.” 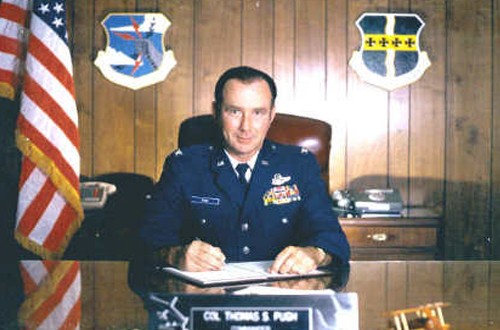 Previous That Time an Air Force F-4G Wild Weasel Blew Apart A B-52 Bomber Tail In A Friendly Fire Incident
Next Thousands of Boots are on display at Fort Bragg to honors fallen U.S service members killed since 9/11