The Air Force has removed the initial height requirements for officers who wish to become aviators, which it feared was discouraging women from even applying to become pilots.

The Air Force removed the minimum height requirement for applicants who want to fly as it looks to increase the diversity of those entering USAF cockpits.

Under previous standards, pilots much reach a standing height of 64 inches to 77 inches—5-foot, 4 inches to 6-foot, 6 inches—with a sitting height of 34-40 inches. This requirement disqualified about 44 percent of the U.S. female population between 20 and 29 years of age, according to an Air Education and Training Command release.

As part of the Air Force’s on-going effort to encourage a more diverse pool of applicants to pursue careers in aviation, the minimum height requirement for officer applicants who wish to fly has been removed as of May 13.

“We’re really focused on identifying and eliminating barriers to serve in the Air Force,” said Gwendolyn DeFilippi, assistant deputy chief of staff for manpower, personnel and services. DeFilippi, who chairs the Department of the Air Force Barrier Analysis Working Group, explained, “This is a huge win, especially for women and minorities of smaller stature who previously may have assumed they weren’t qualified to join our team.”

With the removal of the blanket height standard, the medical and operations communities will apply an anthropometric screening process to individual applicants for placement in an aircraft they can safely fly as they pursue a rated track.

“Studies have shown that women’s perceptions about being fully qualified for a job makes them less likely to apply, even though there is a waiver option,” said Lt. Col. Jessica Ruttenber, Air Force mobility planner and programmer and team leader on the Women’s Initiative Team who led the height standards adjustment effort. “Modifying the height standard allows the Air Force to accommodate a larger and more diverse rated applicant pool within existing aircraft constraints.”

Under the previous Medical Standards Directory requirement, the height requirement to become an Air Force pilot was a standing height of 64 inches to 77 inches (5’4” to 6’5”) and a sitting height of 34 to 40 inches. Although most height waivers were approved, the previous restriction eliminated approximately 44% of the U.S. female population between the ages 20 to 29.

“Historically, most of our aircraft were engineered around the height of an average male, not females,” Ruttenber said.

“While most height waivers were approved under the old system, feedback indicated the entire waiver process served as a barrier, which negatively impacted female rated accessions,” said Lt. Col. Christianne Opresko, branch chief on the Air Force’s Air Crew Task Force and an aerospace physiologist. “It’s hard to determine how many women did not previously apply due to their perception of not being fully qualified or having to pursue a waiver.”

The WIT is an all-volunteer team, serving as influential advocates on topics that influence women’s propensity to serve in the Air Force. WIT members work toward creating a Total Force where all Airmen can advance to their maximum potential, regardless of gender.

“This doesn’t happen without the hard work and dedication of Maj. Chandra Fleming, Maj. Andrea Harrington and Capt. Lauren Daly, who played major roles in studying the engineering factors that might present barriers to rated accessions applicants,” Ruttenber said. “Our medical and training teams with the Surgeon General, as well as Air Education and Training Command and Nineteenth Air Force helped make this adjustment possible.”

The WIT is one of five teams within the Department of the Air Force Barrier Analysis Working Group, which was created for the purpose of analyzing anomalies found in civilian and military workplace policies, procedures and practices. DAFBAWG teams are dedicated to identifying and removing potential barriers to equal opportunity. 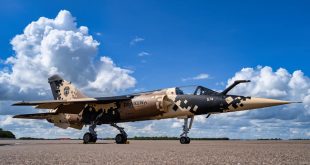