The dominant requirement for deep attack in a major regional conflict is to strike the enemys centers of gravity and to do it rapidly, accurately, and with intensity. (Centers of gravity, in the parlance of modern strategy, are those critical points in the opponents order of battle and infrastructure against which the use of force has greater effect than if the same force were applied elsewhere. These targets tend to lie deep in enemy territory.)

The objective is to attack these centers of gravity “in parallel”–all of them at once–rather than serially. The capability to do that is new and growing.

According to The Diplomat Magazine article, PAF should consider the Chinese JH-7 Fighter-Bomber to address PAF Deep Strike Needs.

However here are various Reasons why PAF doesn’t need JH-7 for deep strike:

2. A Strike aircraft operating in Contested Airspace (In Pakistan’s Case “India”) has to be recovered. (which means it Needs Cover or Back up from Multirole Aircrafts)

3. A Stand-Off Weapon (SOW) can be released from a safe distance & does not need to be recovered. (Strike Aircraft Needs Recovery).

4. SOW is a small target(Hard to detect or Intercept by Air Defence), thus making their Mid-Course Interception next to impossible. (PAF’s Operation Swift Retort proves this Point).

6. SOWs are autonomous thus they do not require a man in the loop, thus no casualties & no political fallout.

7. SOW is much cheaper (Cost) than the Air Defence System) (Like S-400) required to intercept it, thus making it economically viable. Moreover, Strike Aircraft are expensive. ( Procurement & Operational Cost). In JH-7 case its Dual Engine. 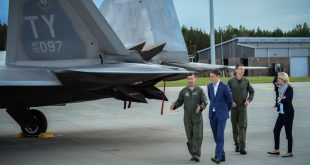