In Top Gun actor Tom Cruise played a role of  United States Naval Aviator LT Pete “Maverick” Mitchell flying the F-14A Tomcat aboard USS Enterprise (CVN-65). He also learned to fly an Airbus AS350 helicopter for some of the scenes in last summer’s Mission Impossible: Fallout.

In real life, the millionaire Top Gun star Tom Cruise is reported to own anywhere from three to five private jets including a $20M Gulfstream. Tom Cruise has held a pilot’s license since 1994 and he often pilots all of the private jets that he own 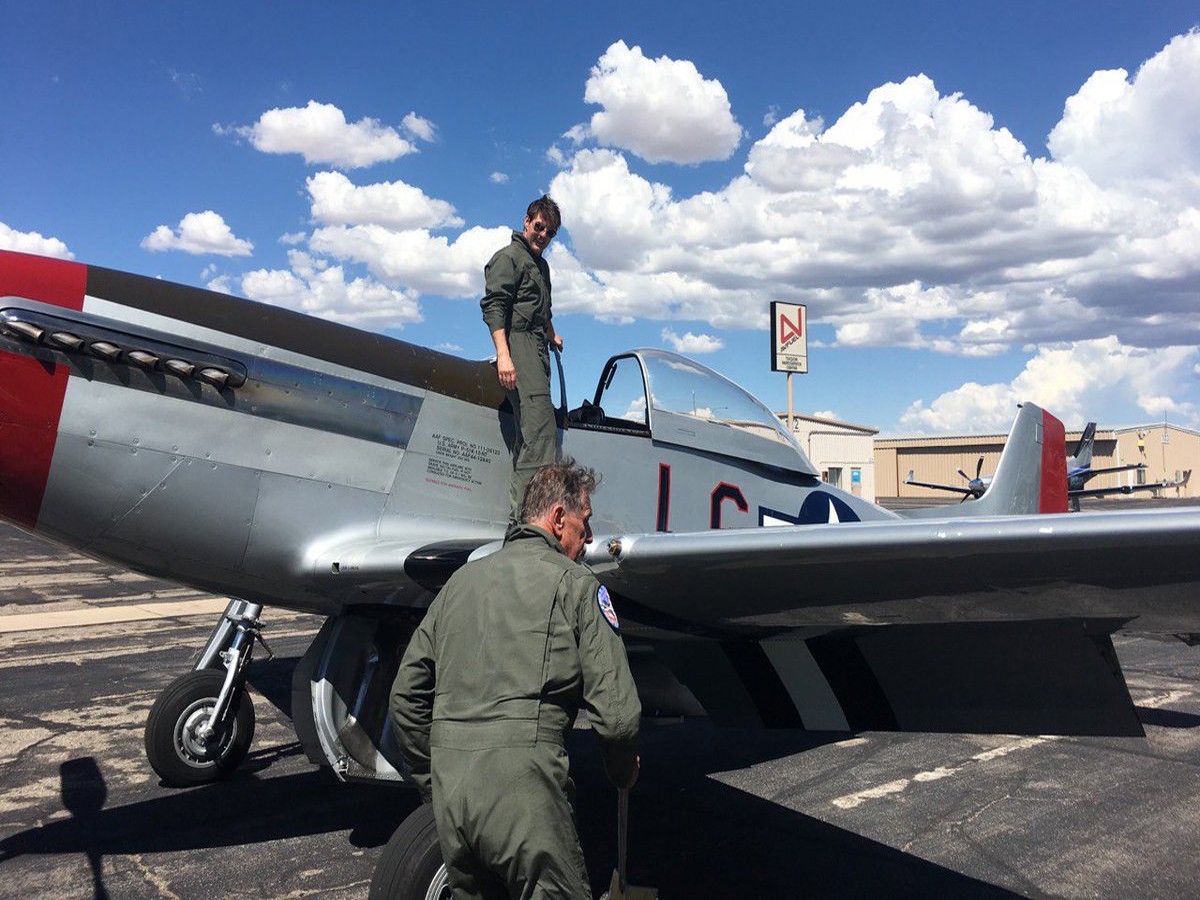 This Mustang has a serial number of 44-12840 and was built in 1946. It was donated to the Civil Air Patrol unit and eventually ended up in a museum in Illinois. It was later completely restored by 1997 by Art Teeters and four years later was bought by Tom Cruise in 2001. He renamed it to Kiss Me Kate after his ex-wife, Kate Holmes.

on Sept. 7, 2018 “Top Gun” star Tom Cruise flew into Marana to refuel a vintage airplane. He was spotted in dressed in a military-style pilot’s jumpsuit, was seen outside the cockpit of a 1944 P-51 Mustang at Marana Regional Airport, and shown in a photograph tweeted out by the town.

Top Gun sequel dubbed Top Gun: “Maverick” filming is underway right now. The upcoming film, slated for release on June 26, 2020, in the U.S., is likely entering the final stages of its production phase before going to post-production and editing.