Tom Cruise is an American actor and producer famous known for Top Gun famous movies from back in the 80s.

Top Gun sequel dubbed Top Gun: “Maverick” filming is underway right now. A lot of Rumors are circulating regarding which Aircraft Tom  Cruise will fly in the movie

Paramount Pictures confirmed that the hotly anticipated sequel will feature Cruise performing some of his own stunts.

Paramount revealed that Cruise will be piloting an aircraft that is far more exotic than anything currently in the Navy fleet.

In May, Cruise posted a photo to Instagram that indicated Pete “Maverick” Mitchell had upgraded from an F-14 Tomcat to an F/A-18E/F Super Hornet strike fighter in the intervening years since the Cold War. But on December 20, 2018, photo of actor Tom Cruise reveals that action Reunited With An F-14 Tomcat on Snowy Set in Tahoe In ‘Top Gun 2’ 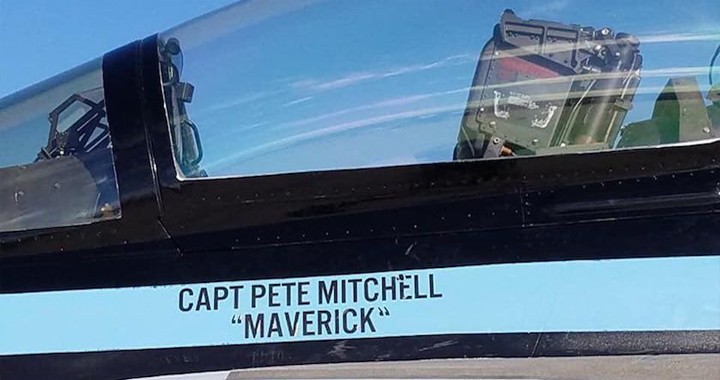 However, Cruise, a licensed pilot, has gone through extensive training for the film and will do some of his own flying “in certain aircraft.” Actor Tom Cruise owns a $4 Million Dollar American WWII Fighter too.

So what exactly are those “certain aircrafts”?

On photos has surfaced showing Cruise rocking what appears to be a stylized high-altitude pressure suit on the set of the sequel. And therein lie some potential clues.

“The interesting thing is that the flight suit appears to be a high-altitude pressure suit similar to the actual ones worn by high altitude reconnaissance pilots in aircraft like the U-2 and SR-71,”

“Notice the wide, round neck ring for a pressure suit helmet and the two fittings to the suit for life support and pressurization.”

Maverick is back on set!! There’s more badass photos up on the site. #TomCruise #TopGun

Does this mean that we’ll see Maverick in the cockpit of an SR-71 or it’s secretive SR-72 “Son Of Blackbird” successor? Perhaps.

Given that the original synopsis for Top Gun: Maverick focused on the rise of drone aircraft, producers may have since added a hypersonic plot wrinkle.

And while Cruise clearly won’t be piloting an actual SR-71, we are totally here for it anyway. And considering that the original Blackbird could outrun missiles, that would almost certainly satisfy Cruise’s need for speed — if only onscreen.