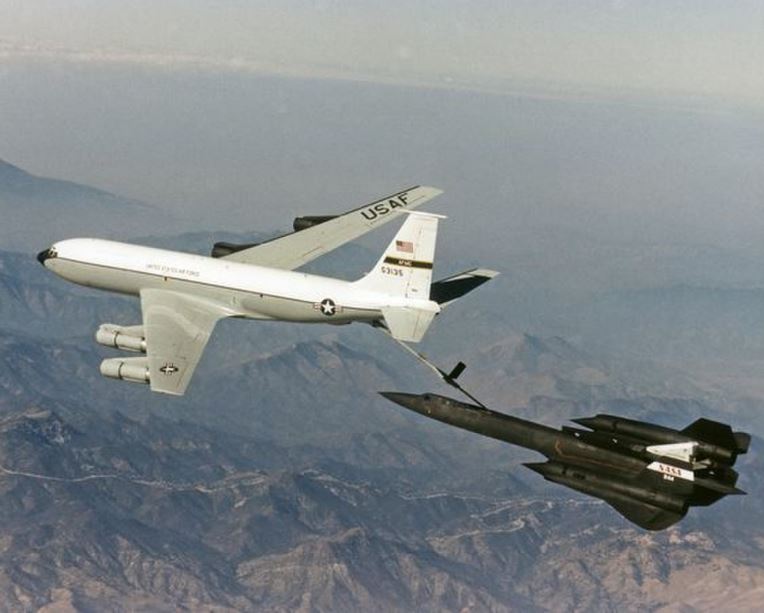 Col. Richard H. Graham a former Blackbird pilot, explains in his book why the SR-71 Blackbird had to refuel after takeoff

Actually, most SR-71’s operational sorties started off with a refueling after takeoff.

“Many people believe we refueled after takeoff because the aircraft leaked fuel so profusely that we needed to fuel up quickly,” says Col. Richard H. Graham, a former Blackbird pilot, in his book SR-71 The Complete Illustrated History of THE BLACKBIRD The World’s Highest, Fastest Plane.

“We had to refuel right after takeoff for only one reason, and it wasn’t because we leaked JP-7 fuel on the ground. Yes, the plane does leak fuel, but not enough to require refueling after takeoff.

“The JP-7 fuel reaches temperatures well over 300 degrees F. during Mach 3 cruise, making the fumes in each of the six fuel tanks very volatile and potentially explosive.

The metal skin of the aircraft approaches 400 degrees F., adding to the volatility of the fuel inside the tanks. One of our aircraft limitations was a maximum speed of Mach 2.6 without an inert atmosphere inside the fuel tanks. 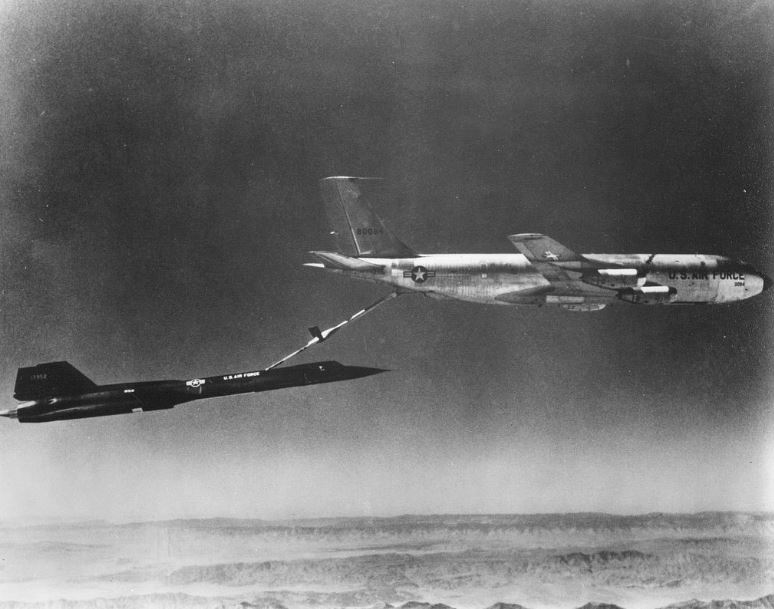 “The aircraft had three liquid nitrogen Dewar flasks containing 260 liters of liquid nitrogen, located in the nose wheel well. The only way to ensure 100 percent inert atmosphere in each fuel tank was to refuel the plane inflight completely full of JP-7, allowing ambient air in each fuel tank to vent overboard. Once full of fuel, gaseous nitrogen would now dominate each fuel tank’s empty space above as it burned off JP-7. The nitrogen gas pressurized each fuel tank to 1.5 psi above ambient pressure and inerts the space above the heated fuel to prevent autogenous ignition. This is why we refueled after takeoff. Then we could safely accelerate beyond Mach 2.6.”

“There was one other way of achieving tank inerting, called a “Yo-Yo,” but this was a maintenance nightmare. A few of our missions required the SR-71 to accelerate to Mach 3+ right after takeoff with a 65,000-pound fuel load. The Yo-Yo procedure had the crew chief completely refuel the plane to full tanks of 80,000 pounds of fuel. Then, with the nitrogen pressurization system working, they de-fueled 15,000 pounds of JP-7, ending up with a 65,000 pound fuel load and a plane that was capable of going immediately to Mach 3+.”

The SR-71 would be a very short-ranged aircraft were it not for air refueling, limited to around 2,000 NM. Multiple air refuelings extended the range of the aircraft to the limits of crew endurance.

KC-135Q crews and their aircraft were unique from the rest of the Air Force in several ways. Their aircrews, in fact, were the only one certified in Blackbird’s specific radio-silent rendezvous procedures, and their boom operators were the only ones qualified to refuel the SR-71.

.One of the best advantages of flying the Q-model tankers is that their crews did not have to be on twenty-four-hour alert status like the rest of the SAC’s tankers’ crew members.

No story on the SR-71 would be complete without an understanding and appreciation of just how valuable the KC-135Q model tankers and their crews were to the successful and safe completion of every mission.

Previous Actor Tom Cruise Fly His Own Aircraft in Top Gun: “Maverick” Movie
Next How Genius Pilots Used a Glass of Water to Save a Plane From Crashing