Top 10 Strategic and Tactical Bomber aircraft in the World 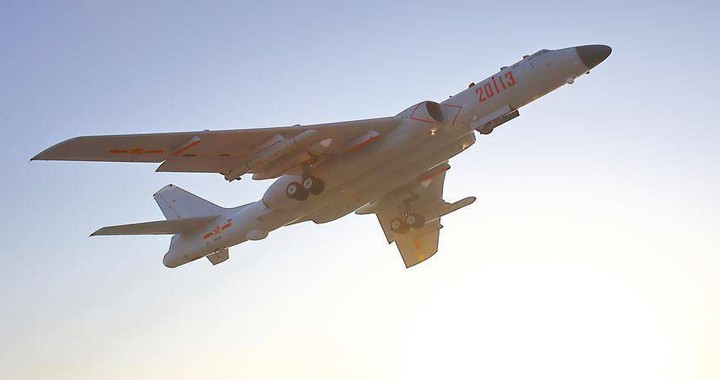 A bomber is a combat aircraft designed to attack ground and naval targets by dropping air-to-ground weaponry firing torpedoes and bullets or deploying air-launched cruise missiles.

Bomber are classified into two type

B-2 Spirit is a long-range, low-observable, strategic, heavy stealth bomber. The aircraft can penetrate sophisticated and dense air-defense systems. The multirole bomber can carry 40,000lb of weapons payload. It can fly at an altitude of 50,000ft with a range of more than 6,000nm unrefueled and 10,000nm with one refueling.

The Tu-160 supersonic strategic bomber and missile carrier designed to deliver nuclear and conventional weapons. It can survive in all-weather, day-and-night conditions and can operate at all geographical latitudes. The aircraft can carry free-fall bombs up to 40t and has two weapon bays, which can hold 12 Kh-55MS missiles and up to 24 Kh-15P short-range nuclear missiles. It has in-flight refueling system and is powered by four Kuznetsov NK-32 turbofan engines. The maximum and cruise speeds of the aircraft are 2,220km/h and 960km/h respectively, and the range is 12,300km.

The B-52 Stratofortress is a long-range strategic heavy bomber  It is the longest serving combat aircraft in the US military and supports air interdiction, maritime and offensive counter-air operations. It was used in missions such as Operation Iraqi Freedom.The maximum take-off weight of the aircraft is 488,000lbs. The new Stratofortress variant B-52H can carry free-fall bombs, cluster bombs, precision guided missiles and joint direct attack munitions, and has a mixed payload capacity of 70,000lbs. It can fly at speeds up to 650mph (1,046kmph) to an unrefueled range of more than 10,000 miles and altitudes of more than 50,000ft.

The Tu-22M bomber is a supersonic, long-range, strategic and maritime bomber. The aircraft carries a crew of four and can accomplish a maximum speed of 2,000km/h and maximum tactical range of 2,200km. The maximum take-off weight of the bomber is 124t.

Tupolev Tu-95/Tu-95MS is a turboprop-powered strategic bomber and missile carrier. The Tu-95 can carry 23mm cannons and up to 15,000kg of combat load including air-to-surface missiles and bombs. The aircraft can attain a maximum speed of 830km/h and a range of 15,000km.

The Xian H-6 (Hong-6) is a strategic bomber is a Chinese variant of the Tupolev Tu-16 bomber. The H-6’s internal weapon bay can house up to 9,000kg of 250kg-3,000kg-class general-purpose bombs or a single nuclear bomb. The bomber is also armed with two 23mm cannons and anti-ship/air-to-surface missiles. The aircraft has a cruise speed of 796 km/h (Mach 0.75), and can travel to a range of approximately 6,000km.

The Su-24M  is the modern frontline bomber. It is designed for the bombardment of ground and naval surface targets through bombs and missiles. The Su-24M is armed with GSh-6-23M 23mm gun and can carry 8,000kg of combat load, including 120 S-8 80mm rockets in blocks and ten OFAB-500ShR 500kg or 16 OFAB-250ShN 250kg high-explosive fragmentation bombs. The aircraft has a maximum speed of 1,700km/h and can reach a distance of 2,850km when fitted with two petrol tanks.

The Xian H-20  is a subsonic stealth bomber design of the People’s Liberation Army Air Force, due to enter service in the future. Referred to as a “strategic project” by the People’s Liberation Army, the aircraft will feature a wing design similar to that of the Northrop Grumman B-2 Spirit, with components already being manufactured. Analysts noted that the new type bomber may enter service by 2025.

Previous Has Any Fighter jet Ever managed to Shot Down an F-15 Eagle in Air Combat?
Next PAF FT-7PG trainer aircraft crashes at Peshawar Air Base, 2 Pilots Dead