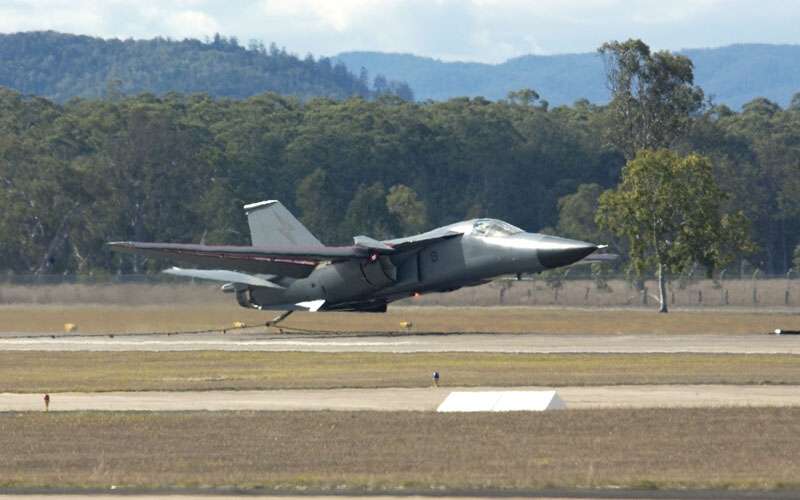 Entire wheel including the whole rim, the Brake mechanism fallen off during takeoff

But during the second attempt, they successfully managed to catch the cable

They successfully made a textbook belly landing with 3000 liters of fuel.

The fuel could easily catch fire! they should have dump it earlier

Nevertheless at the end of day, most inexperience F-111 pilot made a copybook landing