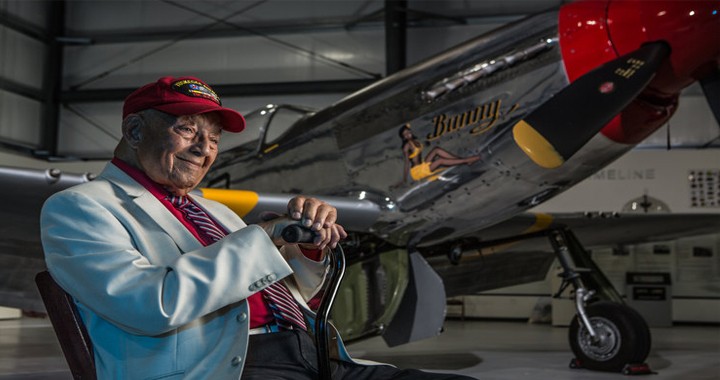 Lt. Colonel Robert Friend a retired U.S. Air Force pilot who participated in 142 combat missions during World War II as a member of the illustrious Tuskegee Airmen, died on June 21, at the age of 99.

The Tuskegee Airmen were a group of pilots both fighter and bomber who were all black formed the 332nd Fighter Group as well as the 477th Bombardment Group in WWII of the United States Army Airforces. They actually didn’t consist of just pilots but also nurses, mechanics, navigators, instructors and much more.

He also worked on space launch vehicles and served as foreign technology program director before retiring as a lieutenant colonel and forming his own aerospace company.

Born on February 29, 1920, in Columbia, South Carolina, Friend had dreamed of being a pilot since childhood. Undeterred by the military’s refusal to accept black airmen, he took aviation classes at Pennsylvania’s Lincoln University and earned his private pilot’s license through the Civilian Pilot Training Program.

When the so-called “Tuskegee Experiment” began, Friend was quick to enlist, becoming one of around 1,000 black aviators (in addition to almost 14,000 black navigators, bombardiers, instructors, aircraft and engine mechanics, control tower operators, and miscellaneous maintenance and support staff) involved in the initiative. 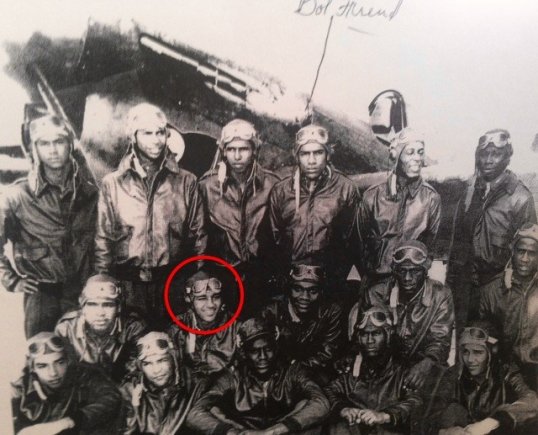 Skilled at flying both P-47s and P-51 Mustangs—his, complete with the red rudder, nose and wing tips commonly associated with the elite group of airmen, was nicknamed “Bunny” in honor of his then-girlfriend—he served as a wingman for Benjamin O. Davis Jr., a Tuskegee commander who later became the Air Force’s first black general.

After the war, Friend completed his studies at the Air Force Institution of Technology. Between 1958 and 1963, he oversaw the U.F.O.-centered Project Blue Book, which he unsuccessfully campaigned to have moved under the purview of a non-military government agency such as N.A.S.A. At a 2012 lecture in Las Vegas titled “Military U.F.O.s: Secrets Revealed,” the lieutenant colonel commented, “I, for one, also believe that the probability of there being life elsewhere in this big cosmos is just absolutely out of this world,” adding, “I think the probability is there.”

Friend worked to keep the memory of the Tuskegee airmen alive until the end. At age 98, he still traveled to between 20 and 30 locations per year to speak about the two-pronged battle the Tuskegee airmen faced, as well as how he fought fascism overseas and racial segregation at home.

Previous Behind the Wings: Dives into the incredible history of the famed F-14 Tomcat
Next Red Arrows Hawk T Mk 1 aircraft experienced a tyre blowout on landing at Farnborough Airport