Behind the Wings: Dives into the incredible history of the famed F-14 Tomcat 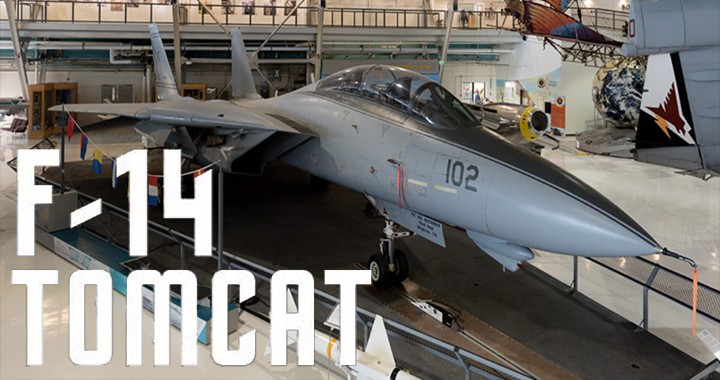 Join curator Matthew Burchette as he links up with F-14 pilot Lt. Richard “Spud” Webb and dives into the incredible history of the famed F-14.

Uncover insider information on flying this amazing bird, get up close and personal with an M-61 Vulcan cannon, peer inside the dominant Pratt & Whitney TF30 engines and a whole lot more.

The Grumman F-14 Tomcat is an American supersonic, twin-engine, two-seat, twin-tail, variable-sweep wing fighter aircraft. It was the first such U.S. jet fighter with twin tails. The Tomcat was developed for the United States Navy’s Naval Fighter Experimental (VFX) program.

The F-14 was the first of the American Teen Series fighters, which were designed incorporating air combat experience against MiG fighters during the Vietnam War.

As a successor to the F-4 Phantom II, it was designed in the 1960s with the aerodynamic and electronic capacities to defend U.S. aircraft-carrier operations at long ranges against Soviet aircraft and missiles. Delivery to the U.S. Navy began in 1972, and the last F-14 was retired from service in 2006.

Before the Islamic revolution in 1979, approximately 80 F-14s were sold to Iran, and a dwindling number were maintained there in various states of readiness despite aging and lack of parts.

The F-14 was equipped with variable-geometry wings that adjusted automatically for optimal performance at various speeds and altitudes. Powered by two Pratt & Whitney or General Electric turbofan engines, each generating 21,000 to 27,000 pounds of thrust with afterburning, it could surpass Mach 2 (twice the speed of sound) at high altitudes and Mach 1 at sea level.

The radar-intercept officer, seated behind the pilot, monitored the weapons system, which could track up to 24 enemy aircraft as far away as 195 miles (314 km) while simultaneously guiding long-range missiles to six of them. Medium- and short-range missiles could also be carried under the inner wings and fuselage, as could bomb for attacking surface targets.

A 20-millimeter rotary cannon was mounted in the fuselage for close-range dogfighting.

The F-14 flew air patrol missions in the last days of the Vietnam War without engaging in combat. In 1981, carrier-based F-14s directly engaged Libyan fighters in air-to-air combat, and in 1986 they flew combat air patrol during bombing operations against that country.

In 1995, during NATO’s intervention in Bosnia, F-14s given the nickname “Bombcats” struck targets with laser-guided bombs. The fighter was also used in various roles over Iraq and Afghanistan through the 1990s and early 2000s. It was the plane featured in the motion picture Top Gun (1986).

After 2006 the United States destroyed its mothballed F-14s as part of an effort to keep usable parts from reaching Iran.