U.S Navy A-12 Avenger II stealth bomber that can operate from Aircraft Carriers 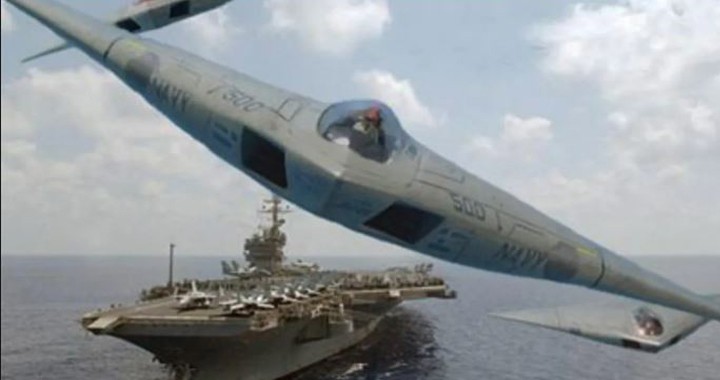 During the closing stages of the Cold War, the United States Navy was developing a new long-range stealth bomber that could strike at even the most heavily defended targets from the deck of an aircraft carrier. But the ill-fated program was canceled; leaving a gap in naval aviation capability that has not been filled to this day.

The United States Navy began the Advanced Tactical Aircraft (ATA) program in 1983. The program was to develop and field a replacement for the A-6 Intruder by 1994.

However, as the Soviet threat evaporated, then-Defense Secretary Dick Cheney canceled the A-12 program on January 7, 1991, due to massive cost and schedule overruns as well as severe technical problems. But while the stealthy A-12 had its problems, the bomber’s demise led the Navy to today’s problem: A carrier air wing that does not have the range or penetrating strike capability to defeat advanced anti-access/area-denial (A2/AD) capabilities.

The Navy had envisioned the need for a carrier-based penetrating strike aircraft with extended ranges during the 1980s given rapidly advancing Soviet capabilities. Indeed, as former Center for a New American Security scholar Jerry Hendrix, a retired naval aviator, noted, the initial requirements for the A-12 called for an aircraft with a 1,700 nautical mile combat radius and an internal payload of 6,000lbs with a radar cross section comparable to the Northrop B-2 Spirit strategic bomber.

Had the A-12 program panned out, the Navy would still have a potent long-range carrier-based penetrating strike capability that would have been superior to anything currently envisioned. However, technical problems and requirements changes—all of which negatively impacted strike capability—whittled the A-12’s unrefueled combat radius down to 1,000 nautical miles and eventually down to 785 nautical miles. Eventually, as technical problems and program snafus mounted—largely due to “criminal” program management—Cheney was forced to cancel the entire program.

The aircraft was to be powered by two General Electric F412-D5F2 turbofan engines, each producing about 13,000 pounds-force (58 kN) of thrust. It was designed to carry precision-guided weapons internally, up to two AIM-120 AMRAAM air-to-air missiles, two AGM-88 HARM air-to-ground missiles and a complement of air-to-ground ordnance, including unguided or precision-guided bombs, could be carried in an internal weapons bay. It has been claimed that the A-12 was to be capable of delivering nuclear weapons held in its internal weapons bay as well. The A-12 was to have a weapons load of 5,160 pounds (2,300 kg).

After the cancellation of the A-12, the Navy elected to purchase the F/A-18E/F Super Hornet, which went on to replace the A-6 Intruder and the F-14 Tomcat. The Super Hornet uses the General Electric F414 turbofan engine, which is a modified variant of the upgraded F404 version developed for the A-12.

The full-size A-12 mockup was revealed to the public at the Naval Air Station Joint Reserve Base Fort Worth in June 1996.

Though it was not immediately apparent at the time, with the cancellation of the A-12 program and the retirement of the A-6E, the U.S. Navy gave up its long-range strike capability in favor of an air wing that focused on sortie generation. While that was not a problem in the immediate aftermath of the end of the Cold War, with Russia resurgent and the emergence of China as a great power challenger, it is a serious issue for the viability of the carrier fleet. The Navy’s carrier air wings would have greatly benefited from an A-12-like capability had the program survived.