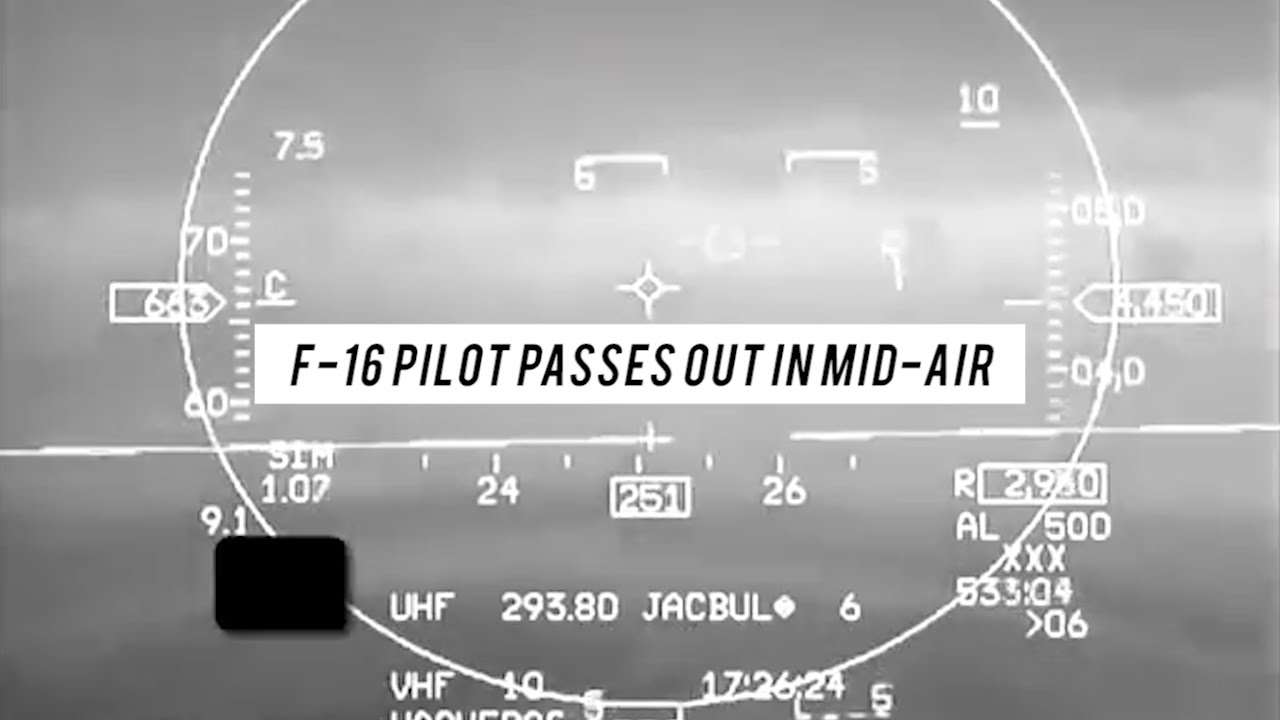 This newly declassified video footage from the head-up-display of a U.S. Air Force Arizona Air National Guard F-16 records the dramatic moment when its unconscious pilot is saved from certain death by the aircraft’s Automatic Ground Collision Avoidance System.

The event is considered the fourth confirmed “save” of an aircraft by the system since Auto-GCAS was introduced into the Air Force F-16 fleet in late 2014.

NASA and the Air Force Research Laboratory, the system is designed to automatically execute a ground-avoiding maneuver if it detects an impending collision.

Aimed at reducing accidents caused by controlled flight into terrain by 90%, the system completed research and development under Air Combat Command’s Fighter Risk Reduction Program in 2010.

It began transitioning to the Block 40/50 F-16 fleet in September 2014 as part of the M6.2+ Operational Flight Program (OFP) software update.

Auto-GCAS continuously compares a prediction of the aircraft’s trajectory against a terrain profile generated from onboard terrain elevation data.

If the predicted trajectory touches the terrain profile

which is indicated at the 26 sec. mark on the video at the moment when the two chevrons on the HUD come together

The automatic recovery is executed by the Auto GCAS autopilot.

The automatic recovery maneuver consists of an abrupt roll-to-upright and a nominal 5-G pull until terrain clearance is assured.

In this instance, an international F-16 student pilot was undergoing basic fighter maneuver training with his USAF instructor pilot in two separate F-16s over the U.S. southwest.

The student rolled and started to pull the aircraft but experienced G-induced loss of consciousness (G-LOC) as the F-16 hit around 8.3g.

With the pilot now unconscious, the aircraft’s nose dropped and, from an altitude of just over 17,000 ft., entered a steepening dive in full afterburner.

After only 22 sec., the F-16 was nose-down almost 50 deg. below the horizon and going supersonic.

In a little less than another 2 sec., as the now frantic instructor makes a third call for the student pilot to pull up, the Auto-GCAS executes a recovery maneuver at 8,760 ft. and 652 kt.

The student pilot at this point comes around and pulls back on the stick, momentarily increasing Gs beyond the Auto-GCAS standard recovery level of 5 to 9.1.

From loss-of-control to recovery takes just under 30 sec.