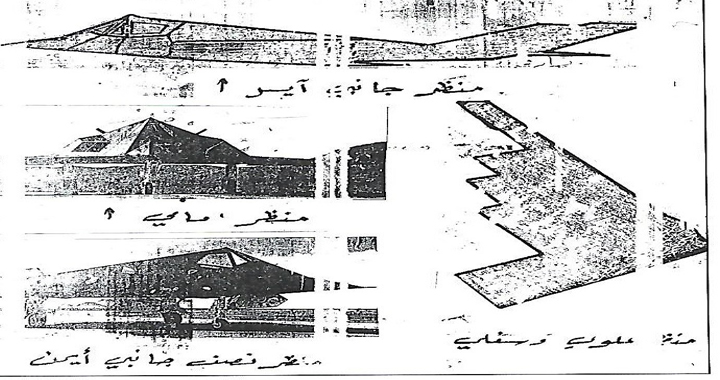 The Lockheed F-117 Nighthawk is a retired American single-seat, twin-engine stealth attack aircraft that was developed by Lockheed’s secretive Skunk Works division and operated by the United States Air Force (USAF). The F-117 was based on the Have Blue technology demonstrator.

The Nighthawk was the first operational aircraft to be designed around stealth technology.  The F-117 was widely publicized for its role in the Persian Gulf War of 1991.

The interesting image in this post was found after the end of Operation Desert Storm. Immediately after the war had ended, U.S. forces inspecting the Iraqi Air Force (IrAF) heavily damaged air at Tallil found this poorly-copied document, which had probably come from a western magazine, posted the operations board.

As told by Warren Thompson in his book F-117 Stealth Fighter Units of Operation Desert Storm, it was intended to help those MiG fighter pilots trained to fly at night to recognize the F-117’s distinctive silhouette, should they have come into close contact with one. Note that the B-2 silhouette was also featured on the document.

The F-117 Nighthawk was developed in response to the urgent national need for a jet fighter that could operate completely undetected by the enemy. In true Skunk Works fashion, it was developed rapidly and in complete secrecy.

Its maiden flight took place in 1981 at Groom Lake, Nevada, and the aircraft achieved initial operating capability status in 1983. The Nighthawk was shrouded in secrecy until it was revealed to the public in 1988.

Of the 64 F-117s built, 59 were production versions, with the other five being prototypes.

The F-117A again went into action during Operation Desert Shield/Storm in 1990-1991 when the 415th and the 416th squadrons of the 37th TFW moved to a base in Saudi Arabia. During Operation Desert Storm, the F-117As flew 1,271 sorties, achieving an 80 percent mission success rate, and suffered no losses or battle damage.

In 1989 the F-117A was awarded the Collier Trophy, one of the most prized aeronautical awards in the world. 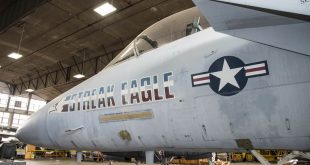