The Billion Dollar Spy: The Man Who Wrecked The Soviet Warplane Industry 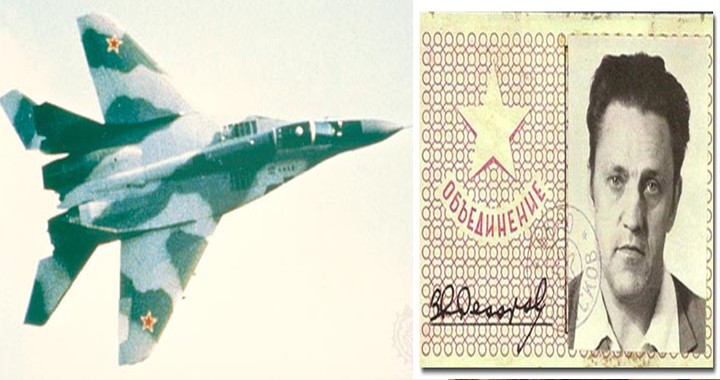 In March 1986, U.S. Navy aviators out-flew, out-maneuvered and jammed the Libyan Arab Air Force so badly that the Libyans stopped flying their interceptors over the Gulf of Sidra.

As a result, Tripoli had to give up its claim on this part of the Mediterranean. Equally damaging, the lack of air cover allowed the Americans to attack with relative impunity.

You could chalk up the Americans’ success to superior training and tactics. But don’t dismiss another potentially important factor — espionage. By the mid-1980s, the U.S. military had obtained reams of vital intelligence on Soviet-made weaponry, particularly aircraft and related systems, from Adolf Georgievich Tolkachev, a disgruntled Soviet engineer.

For example, the pilots of the U.S. Navy A-7E Corsair IIs that attacked the Libyan SA-5 Gammon SAM site near Sidra during the evening of March 24, 1986, knew the exact performance specs of the system they were facing.

Likewise, the crews of the two F-14A Tomcats that shot down a pair of Libyan MiG-23MFs had intricate knowledge of the swing-swing MiG-23. U.S. Air Force F-15 pilots hunting MiGs over Iraq in the period 1991 to 2002 knew precisely what their opponents’ aircraft, avionics and armament were capable of doing.

Evidence indicates that superior intelligence was the key to American military success. Consider that the tactical manuals that the U.S. Air Force’s Fighter Weapons School issued in the late 1980s were already well-informed about even the latest Soviet equipment, including the MiG-29, Su-27, SA-10 Grumble, SA-11 Gadlfy and many others.

Tolkachev was, arguably, the man who wrecked the Soviet warplane industry. Much of what follows can be found in David Hoffman’s book, The Billion Dollar Spy.

Tolkachev provided much of the most useful intelligence. He was, in the 1970s and ’80s, an electronics engineer at the Soviet Union’s Scientific Research Institute of Radar, better known as the Phazotron Design Bureau — the USSR’s main developer of military radars and avionics.

Motivated by the persecution of his wife’s parents under Joseph Stalin and disappointed in the communist government, Tolkachev established ties to the U.S. Central Intelligence Agency in Moscow and, beginning in 1979, began transferring huge volumes of highly classified and extremely sensitive data about the most important avionics, radars and weapons installed in Soviet-made combat aircraft.

The amount of material that “Donald,” as Tolkachev was known to the CIA, was such that U.S. translators couldn’t keep up with it. They remained busy translating and studying the information Tolkachev had provided well into the 1990s.

As early as December 1979, the U.S. Defense Department completely reconfigured the electronics package for one of its latest fighter aircraft, based on the information from Tolkachev.

An internal CIA evaluation from March 1980 praised Tolkachev’s information on the latest generation of Soviet surface-to-air missile systems. “We never before obtained such detail and understanding of such systems until years after they were actually deployed,” the CIA stressed.

Similarly, a memorandum from the Defense Department from September 1980 praised the impact of Tolkachev’s reporting as “limitless in terms of enhancing U.S. military systems’ effectiveness.” Tolkachev’s leaks had the “potential to save lives and equipment” and were “instrumental in shaping the course of billions of dollars of U.S. research and development activities.”

The extent of the damage Tolkachev caused the Soviets is hard to summarize in a few sentences. What little the CIA did release about its cooperation with Tolkachev indicates that he might have inflicted irreparable harm to the Soviet military aviation and air-defense industries.

He certainly provided the Americans with full insight into modern Soviet-made aircraft such as as the MiG-29, MiG-31 and Su-27 and their air-to-air missiles — and enabled U.S. scientists and engineers to quickly develop electronic countermeasures against these systems.

Perhaps more importantly, the Tolkachev affair hit the Soviet Union at a time of instability for the USSR. A Soviet spy in the United States revealed Tolkachev’s own spying in early 1985. The Soviet government executed Tolkachev in 1986.

However, the Soviet Union by then was bankrupting itself — and dissolved in 1991. For most of the 1990s, what was left of the Russian military aviation and air-defense industries languished due to a general lack of funding. Major upgrades of the newest combat aircraft and various air-defense systems — all urgently necessary because of Tolkachev’s treachery — took decades to implement.

In the words of one Sukhoi engineer, “it took more than 10,000 different upgrades and over 20 years” merely to improve the original Su-27 to the Su-27SM-standard, and thus “repair some of the damage” Tolkachev caused.

While full details on what exactly Tolkachev revealed to the CIA are unlikely to become public for a number of years, it was certainly a lot. The effects of his treachery — foremost the fact that an entire generation of brand-new combat aircraft, air-to-air and even surface-to-air missiles was compromised and thus became obsolete as soon as it entered service — are still being felt in Russia today.

Read Full Article at War Is Boring by TOM COOPER

Previous Is Israel Preparing For War? Israel Closed Airspace On Border With Lebanon
Next Putin Trolling Trump: Advises Saudi Arabia To Buy S-300 If They Want To Protect Oil Fields 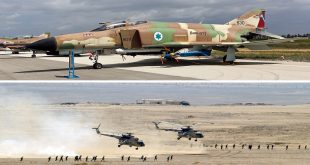