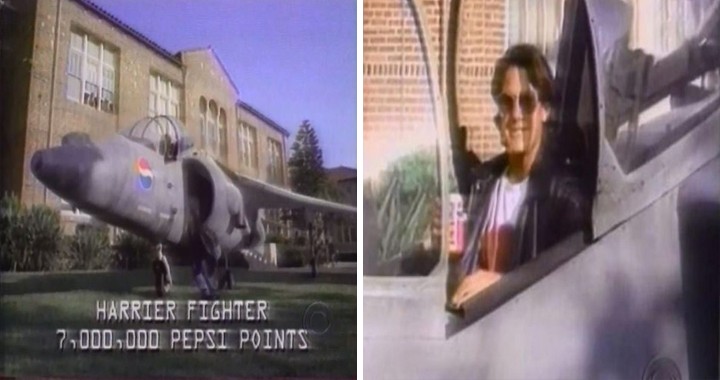 In 1995, Pepsi had launched a campaign called ‘Drink Pepsi, Get Stuff’, one that allowed customers to earn points on every Pepsi product they purchased and then exchanged for things like Pepsi branded t-shirts and hats. The commercial for the campaign also stated that a Harrier Jet would be given for 7 million points.

Pepsi’s spot caught the eye of John Leonard, a 21-year-old business student at the time who was only interested in one prize.

“People say, ‘well didn’t you want a t-shirt?’ and I say, well when there’s a Harrier out there for 7 million Pepsi points why not aim your sights a little higher,” said Leonard.

Leonard noticed some fine print. In place of labels, consumers could buy Pepsi points for ten cents each. He did the math and quickly figured out that it’d take him $700,000 to buy the Pepsi points he needed for the Harrier Jet. Then Leonard hit the phones and convinced five well off investors to give him the $700,000.

“He sent Pepsi 15 labels and a check and waited for his jet,” reported John Blackstone.

The jet, though, never came. Pepsi’s response: the ad was just a joke.

“Tens of millions of Americans, and people around the world, saw the spot, got the joke and laughed,” said John Harris of Pepsi-Cola. “Mr. Leonard saw the spot, hired business advisers and lawyers and decided to take legal action.”

But Pepsi went to court first asking that Leonard’s claim be declared frivolous. That prompted Leonard to file his own lawsuit demanding the jet.

Beyond its legal action, Pepsi updated its commercial by raising the number of points needed for the jet from 7 million to 700 million.

In the end, Leonard’s lawsuit fizzled out. A court granted a summary judgment in favor of Pepsi and ruled that, “no objective person could reasonably have concluded that the commercial actually offered consumers a Harrier Jet.”

The court also added this gem of a reason in its dismissal of the case: “The callow youth featured in the commercial is a highly improbable pilot, one who could barely be trusted with the keys to his parents’ car, much less the prize aircraft of the United States Marine Corps.”

The case is said to be a case study for consumer rights. Here’s an informative video about it. 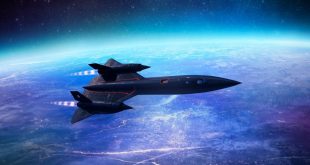