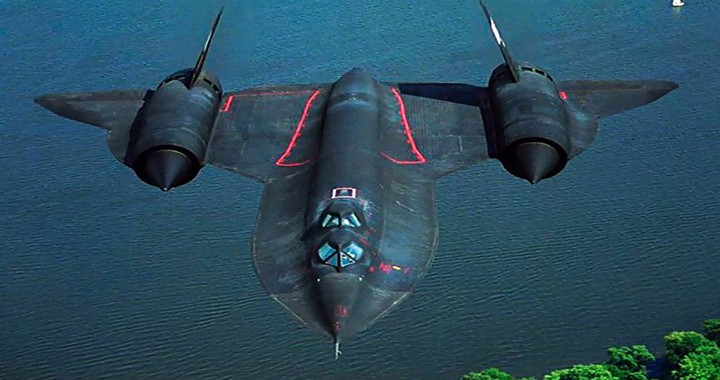 As #974 accelerated through three times the speed of sound, the left compressor bearing froze, causing the immediate disintegration of the port engine, and resultant explosion from the catastrophic failure sending shrapnel through critical hydraulic lines.

Lt Col House managed to slow #974, and even descend below 10 thousand feet. Both crew ejected safely, and were quickly rescued by local fishermen in the waters below.

‘After being recovered from the bottom of the South China Sea in 1989, the wreckage of SR-71 #974 was moved to Kadena AB.

‘After being recovered from the bottom of the South China Sea in 1989, the wreckage of SR-71 #974 was moved to Kadena AB. Its wreckage was placed back in the same hanger it departed on its ill-fated flight months earlier,” former Blackbird RSO Colonel (Ret) Don Emmons recalls in Richard H. Graham book SR-71 Blackbird Stories, Tales and Legends.

Related Article: Sad Story of SR-71 Blackbird that crashed while attempting to land at Kadena AFB during extreme crosswinds

“Although this was an ideal place for the Accident Investigation Board to examine the wreckage, it didn’t do much for the morale at Det 1. Imagine the tremendous satisfaction and pleasure of working daily on a larger-than-life machine, and then later, viewing it daily in a destroyed state. Consequently, when the board completed its investigation, the wreckage needed to be removed ASAP. The highest of esprit de corps, held for 25 years, was already waning due to the announced termination of the SR-71 program. As the commander of Det 6, 2762 LS, I held all the logistics responsibility levied on the Blackbirds by Air Force Logistics Command (AFLC). Removing the wreckage fell under this purview. Unfortunately, my staff and I had already been diligently working this issue for some time, to no avail. There were only four viable options for disposal but as each was pursued, a brick wall emerged.’

Emmons continues. ‘The wreckage could be turned in as salvage to the military’s Defense Reutilization and Marketing Office (DRMO). They would in turn, sell it as scrap metal to the highest bidder on Okinawa. It could be transported back to the United States for the same type of disposal. Another option was to bury the aircraft remains on Kadena. It could also be disposed of at sea.

‘Extenuating circumstances precluded any of these as being possible. The quickest and least costly option was to bury it. Precedence had already been set. Over 25 years earlier, an SR-71 had been buried on Kadena after its local demise. However, we could not receive approval from Pacific Air Force (PACAF), the operating command. With the ongoing closing and consolidation of U.S. military bases on Okinawa, Kadena AB was constantly constructing facilities for its new tenants. The possibility of continually having to dig it up and move it elsewhere on the base was not something they relished. 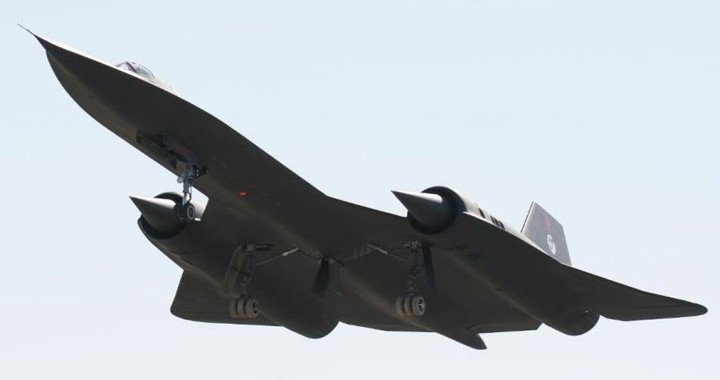 ‘Using the local DRMO was never really an option. Although this is the standard procedure for the disposal of aircraft wreckage, this situation was different. The local economy consisted of foreign nationals and we had no control over the buyer. This was an SR-71 and its technology was still highly classified. Titanium is the strongest of metals and there were still large pieces of the aircraft intact. It simply would not do to have a Blackbird tail section found mounted in front of some Japanese business establishment, or worse. I tried having it flown back to the States but couldn’t get approval to use Air Force transport or expend any monies commercially to do the same.

‘Burial at sea seemed the best remaining option, but we needed Navy assistance. The word from the Air Force side of the Pentagon was a “No can do!” Apparently, it required approval from no less than the Chief of Naval Operations (CNO). At that time, the SR-71 was a curse word among the Air Force general officer corps. Getting the Air Force to even start the coordination by our SR-71 representatives in the Pentagon was out of the question. Pressure was continually mounting to have the aircraft debris removed from the premises, but I had no place to put it. Moreover, I could find no Air Force agency even sympathetic to my plight. It was merely the times. The entire SR-71 program was in the process of being dismantled—much to the delight of the Air Force bureaucracy. Solving this dilemma suddenly became the highest priority of Det 6 and its 159 employees.

‘One of my program managers, Cynthia Hernandez, asked if she could personally work the Navy issue. Although her primary responsibilities lay with the SR-71 flight simulator and the Astroinertial Navigation System (ANS), she already had a reputation for great success in the “hard to do” category. She was tenacious in her ability to handle any obstacle presented her, doing so with great aplomb. I sensed at that moment that resolution was at hand. She started by totally bypassing the Air Force. Using one of my Pentagon phone books, she started calling around to various Navy offices until she found the right venue. Her verbal and persuasive skills enabled her to move right up the chain of command. She even had admirals calling her and offering their assistance. Just when success appeared imminent, a new glitch presented itself.

‘The U.S. Navy honors the “Law of the Sea,” which is a voluminous listing of universal maritime laws to be adhered to by all nations. This was in the late 1980s, and the environment had suddenly become a paramount issue, even within the Law of the Sea. Refuse could no longer be arbitrarily dumped at sea without an environmental impact study and written permission from the Environmental Protection Agency (EPA) itself. The CNO’s permission could not be garnered without this square being filled. Not to be denied, Cynthia started calling EPA offices around the country until she found the responsible office. Finally, resolution seemed in reach. However, disaster struck again as a massive earthquake rattled San Francisco. One of the badly damaged buildings was, you guessed it, the one that housed the Regional EPA office coordinating our paperwork.

‘None of the EPA personnel were allowed access back into the building until it was certified as safe. The original paperwork was not retrievable. Daily calls to their temporary offices produced the same response. No one knew when access would again be allowed. This aptly reminded me of the saying “So close, and yet so far.” After several weeks, we were finally told that it would be at least six more months. Cynthia explained the gravity of the situation to as high a supervisor as could be found, and asked if he envisioned any problem with our obtaining the needed approval, whenever that may be. He told her to proceed as necessary and he would personally attend to the follow-up paperwork. The question was, would a verbal approval satisfy the Navy? This would be the proverbial, “The check is in the mail!” When she called the Pentagon, the Navy only asked if the EPA had granted approval. She could honestly reply in the affirmative. Fortunately, official copies of the approval were not required on their sign-off sheet—just that it had been obtained. It sailed through the Navy’s system and the CNO granted his permission to use a Navy ship. Thank you again, Cynthia.’

Related Article: The story of a lucky SR-71 pilot who survived Blackbird disintegration at a speed of Mach 3.2

Emmons concludes: ‘The wreckage was subsequently transported to the harbor and transferred to a waiting vessel. The captain later sent a classified message to my personal attention. It stated that the remains of SR-71 #974 were buried at sea with full military honors. The occasion occurred at 1157 hours on Christmas Eve of 1989. The coordinates given placed it several hundred miles from Okinawa. The final resting place was in 25,597 feet of water, in an area known as the Mariana Trench.’