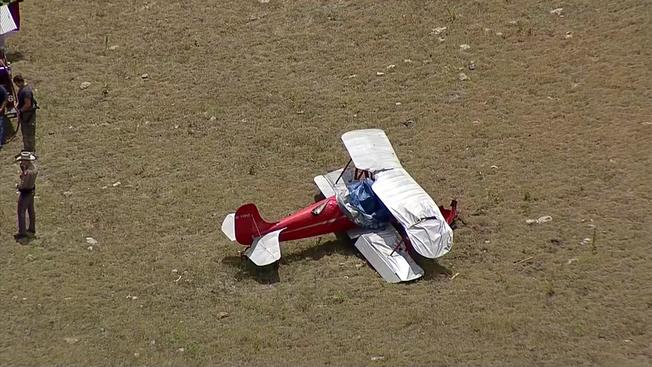 The single-engine fixed-wing aircraft crashed near an airstrip outside of New Fairview, about 25 miles north of Fort Worth, according to the Texas Department of Public Safety.

The pilot, who was the only person aboard, was pronounced dead at the scene shortly after 1:30 p.m.

He was identified as Dominick Pellegreno of Rhome.

The crash’s cause is not yet known. The Federal Aviation Administration and National Traffic Safety Board are investigating.

ames Edwards, a New Fairview resident who lives just outside where the plane crashed, said he witnessed the plane take off, but didn’t see what caused the crash.

“I watched him take off and turn back around,” Edwards said. “It took off loud and instantly, no sound.”

Haschel said it is unknown at this time was caused the plane to go down. He added the Federal Aviation Administration and the National Traffic Safety Board have been notified and will be conducting an investigation.

Pellegreno was the husband of pilot Ann Pellegreno, who received international attention in 1967 as she successfully traced Amelia Earhart’s route on the 30th anniversary of her journey in a plane from the 1930s.