A-29 Super Tucano Crashed near Holloman Air Force Base

An Air Force A-29 Super Tucano aircraft crashed in New Mexico during a training exercise. Aircraft crashed over the Red Rio Bombing Range at about 11:30 a.m. local time in an area just 65 miles north of Holloman Air Force Base.

One of the two pilots aboard was airlifted to a local hospital with minor injuries, the 49th Wing said in a release Friday evening.

Second Pilot Lt. Christopher Casey died in the crash.Lt. Christopher Casey Short from Canandaigua, New York”There’s no way to describe the shock of this loss and the sadness we feel for his family. He did pioneering work in aviation that will help shape American air power for years to come. We’re thankful to have known him and grateful for his devotion to duty.”

The aircraft was participating in a “training flight as a part of the Air Force’s Light Attack Experiment,” according to a statement. 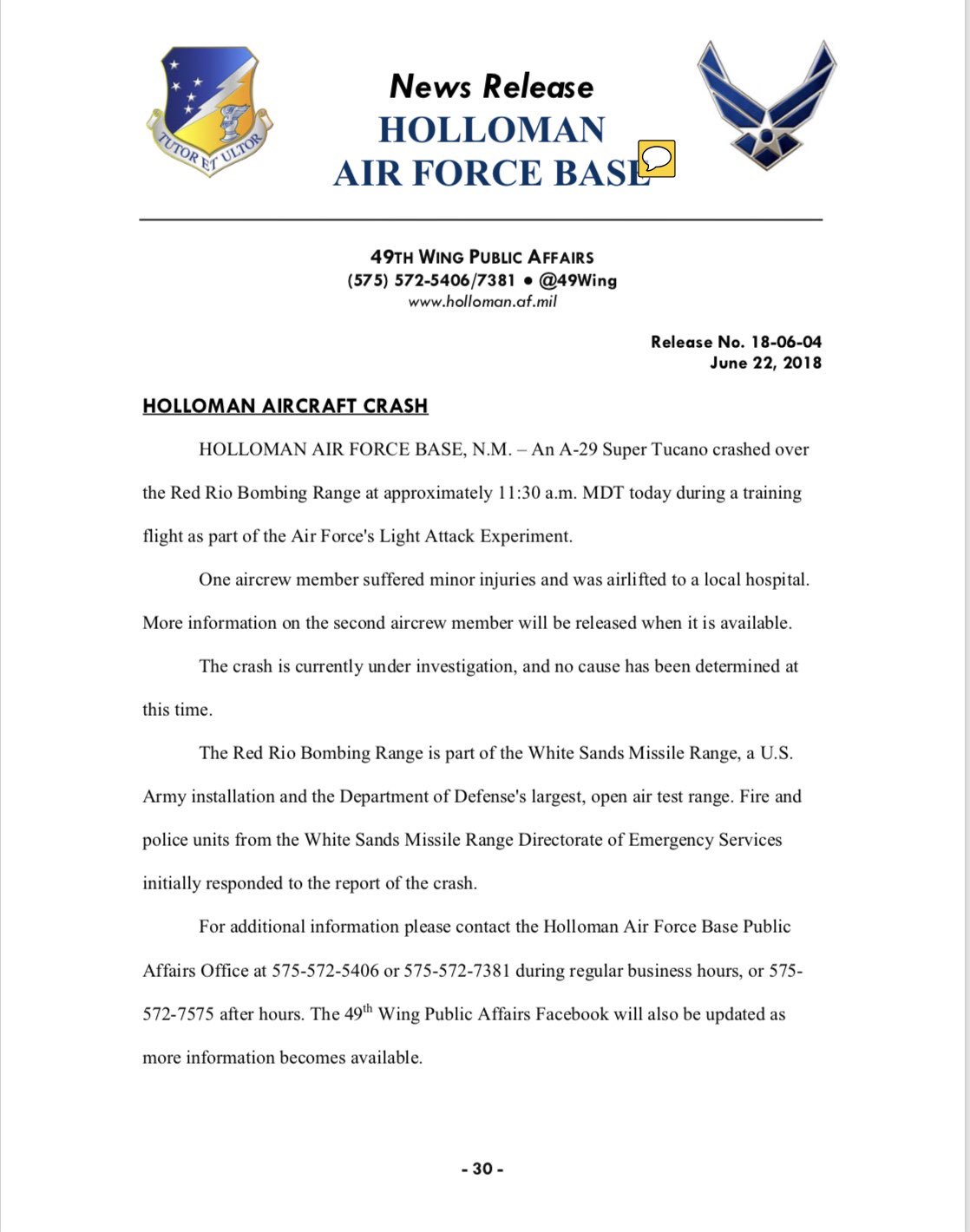 A-29 Super Tucano Crash was the seventh non-combat crash this year for the Air Force, versus seven all of last year.

Furthermore, An investigation is underway to find the cause of the accident.

The Air Force is now in the midst of the second round of its light attack experiment, pitting the Super Tucano against Textron Aviation’s AT-6 Wolverine.

In addition, The experiment is intended to give the Air Force enough information to decide whether to start buying a few hundred light attack planes to carry out combat missions in the Middle East, and if so, which one.

Three Light Attack Planes that Might Replace A-10 Warthog