During the Blue Angels history, 27 Blue Angels pilots have been killed in air show or training accidents.

Through the 2017 season, there have been 261 pilots in the squadron’s history, giving the job a roughly 10% fatality rate.

Here is a List of All Blue Angels Accidents

Lt. Ross “Robby” Robinson was killed during a performance when a wingtip broke off his Bearcat, sending him into an unrecoverable spin.

Two Panthers collided during a demonstration in Corpus Christi, Texas and one pilot was killed. The team resumed performances two weeks later.

Lt. John R. Dewenter landed, wheels up at Buffalo Niagara International Airport after experiencing engine troubles during a show in Clarence, NY. The Grumman F-11 Tiger landed on Runway 23 but exited airport property coming to rest in the intersection of Genesee Street and Dick Road, nearly hitting a gas station. Lt. Dewenter was uninjured, but the plane was a total loss.

Lt. George L. Neale, 29, was killed during an attempted emergency landing at Apalach Airport near Apalachicola, Florida. Lt. Neale’s F-11A Tiger had experienced mechanical difficulties during a flight from West Palm Beach, Florida to NAS Pensacola, causing him to attempt the emergency landing. Failing to reach the airport, he ejected from the aircraft on final approach, but his parachute did not have sufficient time to fully deploy.

Lt. Cmdr. Dick Oliver crashed his Tiger and was killed at the Canadian International Air Show in Toronto.

Lt Frank Gallagher was killed when his Tiger stalled during a practice Half Cuban 8 manoeuvre and spun into the ground.

Capt. Ronald Thompson was killed when his Tiger struck the ground during a practice formation loop.

Opposing solo Lt. Bill Worley was killed when his Tiger crashed during a practice double Immelman.

Lt. Ernie Christensen belly-landed his F-4J Phantom at the Eastern Iowa Airport in Cedar Rapids when he inadvertently left the landing gear in the up position. He ejected safely, while the aircraft slid off the runway.

CDR Harley Hall safely ejected after his Phantom caught fire and crashed during practice over Narragansett Bay near the ex-NAS Quonset Point in Rhode Island.

2 pilots and a crew chief were killed in a mid-air collision between 2 Phantoms over Lakehurst, NJ during an arrival practice. Team Leader LCDR Skip Umstead, Capt. Mike Murphy and ADJ1 Ron Thomas perished. The rest of the season was cancelled after this incident.

Opposing solo Lt. Nile Kraft was killed when his Skyhawk struck the ground during practice.

One of the solo Skyhawks struck the ground after low roll during arrival manoeuvres at NAS Miramar. Navy Lieutenant Michael Curtin was killed.

Lead Solo Lt. Jim Ross was unhurt when his Skyhawk suffered a fuel line fire during a show at NS Roosevelt Roads, Puerto Rico. LT Ross stayed with and landed the plane which left the end of the runway and taxied into the woods after a total hydraulic failure upon landing.

Lead solo Lt. Dave Anderson ejected from his Hornet after a dual engine flameout during practice near El Centro, CA.

Lt. Cmdr. Kieron O’Connor, flying in the front seat of a two-seat Hornet, and recently selected demonstration pilot Lt. Kevin Colling (in the back seat) struck the ground during circle and arrival manoeuvres in Valdosta, Georgia. Neither pilot survived.

Lt. Ted Steelman ejected from his F/A-18 approximately one mile off Perdido Key after his aircraft struck the water, suffering catastrophic engine and structural damage. He suffered minor injuries.

Lt. Cmdr. Kevin J. Davis crashed his Hornet near the end of the Marine Corps Air Station Beaufort airshow in Beaufort, South Carolina, and was killed.

Capt. Jeff “Kooch” Kuss, (Opposing Solo, Blue Angel No. 6), died just after takeoff while performing the Split-S manoeuvre in his F/A-18 Hornet during a practice run for The Great Tennessee Air Show in Smyrna, Tennessee. The Navy investigation found that Capt. Kuss performed the manoeuvre at too low of an altitude while failing to retard the throttle out of afterburner, causing him to fall too fast and recover at too low of an altitude. Capt. Kuss ejected, but his parachute was immediately engulfed in flames, causing him to fall to his death. Kuss’ body was recovered multiple yards away from the crash site.

Furthermore, The cause of death was blunt force trauma to the head. The investigation also cites weather and pilot fatigue as additional causes to the crash. In a strange twist, Captain Kuss’ fatal crash happened hours after the Blue Angels’ fellow pilots in the United States Air Force Thunderbirds suffered a crash of their own following the United States Air Force Academy graduation ceremony earlier that day. 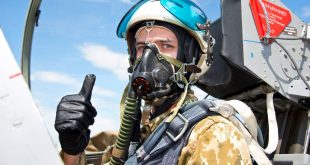