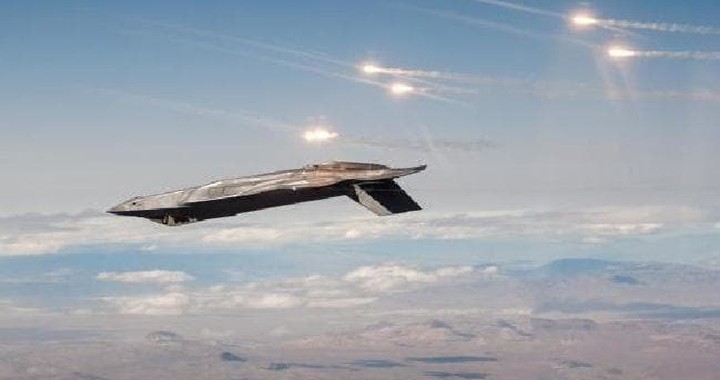 There has been a lot of web chatter over the last few months about whether the F-35 Lightning II is a super aircraft or a total crap. Most of the discussion has centered around F-35 being a poor dog-fighter and easy prey to F-16 and Su-30MKI. On the other hand, there are propositions that it will not need to enter a dogfight in the first place as its stealth will protect it, and given the advantage of its superior APG-81 radar, it will take out F-16 or Su-30MKI even before being seen.

One thing is true: In spite of the fact the post-9/11 wars haven’t featured anything in the way of air-to-air engagements, dogfights aren’t necessarily dead. If the F-35 ever goes up against a mighty air force having aircrafts equipped with good radars, eventually it will be forced into the visual arena. And regardless of how much stealth and other high-tech gee-wizzery the makers hang on the F-35 airframe, the airplane will always be subject to the laws of physics.

In spite of the variety of opinions, several common themes have emerged that suggest the best way to fly and fight with the F-35 in the event its stealth and Beyond Visual Range weapons don’t do the trick.

YOU’RE GOING TO BE PULLING Gs, SO MAKE SURE YOUR HELMET FITS :

The F-35 is designed with a super-Gucci helmet (that costs $500,000) that’s supposed to do all kinds of cool stuff that basically makes all the earlier heads-up displays look old news. But it won’t work right if it doesn’t fit. Reports indicate that the F-35 pilot in a recent 1 on 1 with the F-16 was wearing a helmet that was so big that his head spun freely inside of it, which probably didn’t help with the accuracy of the symbology or keeping F-16 in sight.

Also remember the F-35 helmet works with cameras installed throughout the airframe of the aircraft to give the pilot the ability to see even through the fuselage, although if you’re looking at your opponent through the bottom of your jet you’re probably getting your ass handed over to you. Lol!

DRIVE YOUR OPPONENT ‘ONE-CIRCLE’ AND GET HIM SLOW :

Web wisdom indicates that the F-35 is a ‘bleeder,’ which means it dissipates airspeed in a hurry when in a hard turn, so it would be a bad idea to try a two-circle power fight against an airplane that doesn’t have that problem — like a well-managed F-16 or a Su-30MKI. After the merge, the F-35 pilot should mirror the direction the opponent turns and work hard to keep the ranges close. The ultimate goal is to beat down the opponent so the fight turns into one where the guy who can maintain the highest alpha wins — because that guy on paper is the F-35.

Word on the streets is the F-35 has great pitch authority at low airspeed, and this makes sense when you consider the shape of the airplane and how much the horizontal stabs deflect at full throw.

(Note: Movement around the lateral axis of an airplane is called a pitch, and is usually controlled by the elevator)

USE YOUR SENSOR AND MISSILE SUPERIORITY TO GET THE FIRST SHOT :

If you complete the previous steps well, you will be the first guy to get nose on. Don’t pass up a valid shot.

BE CAREFUL WHEN YOU TRY TO BUG OUT (RUN AWAY) :

The F-35’s energy addition rate is average, and its top end speed is below average, so bugging out can’t be an afterthought. Remember: you only have one engine, and old fighter pilots have a saying about stealth technology — it doesn’t work against bullets.

Tags Can F-35 win a dogfight against Su-30MKI or F-16? HOW TO WIN A DOGFIGHT IF YOU ARE PILOTING AN F-35 Lockheed Martin F-35 Lightning II