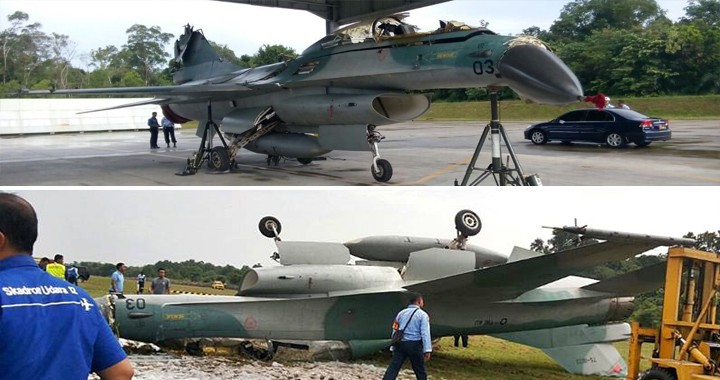 On March 14, 2017, Indonesian Air Force F-16B skidded off the runway of Roesmin Nurjadin Air Force base in Pekanbaru, Riau, as a result of a brake malfunction.

In the Below photo, you can see F-16B block 15 #TS-1603 from 3 SKU was seen at Roesmin Nurjadin AFB on March 14th, 2017 after it skidded off the runway after a braking malfunction.

Here is another photo that appeared on the Alert 5 Weblog Facebook page, of the incident. 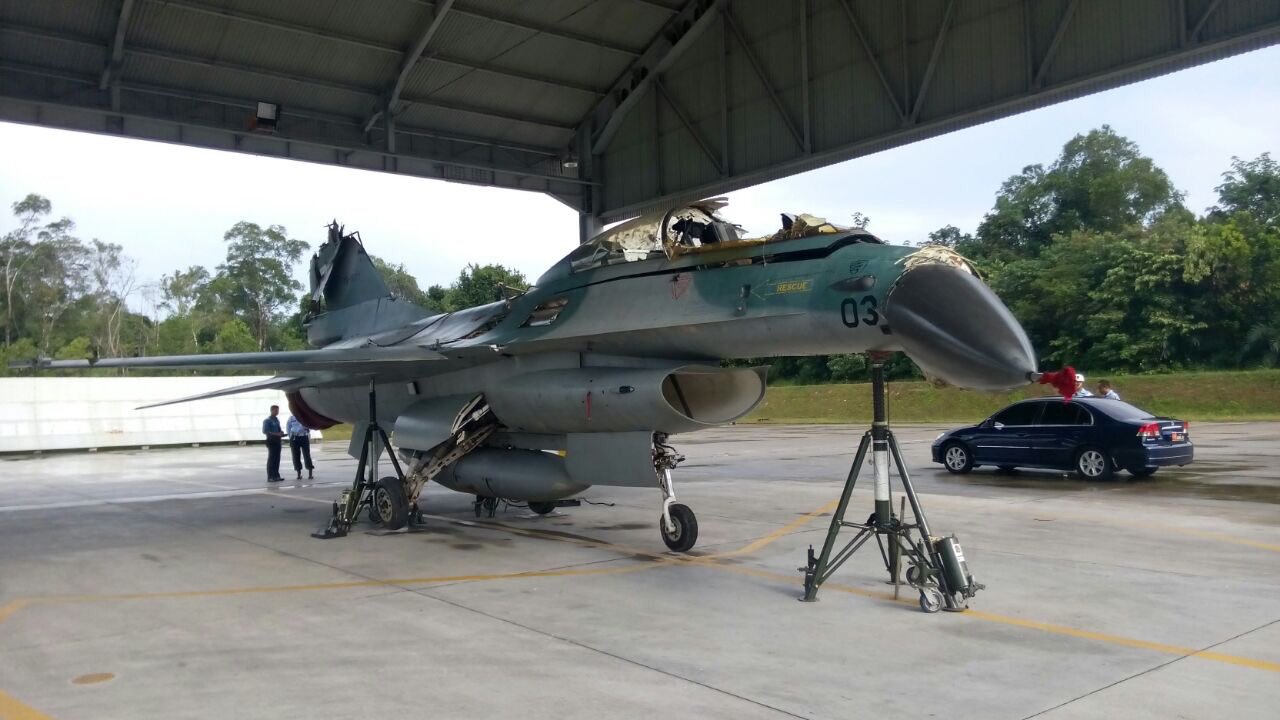 Noteworthy Roesmin Nurjadin Airbase is home to Squadron 16 which is TNI-AU only unit to fly the F-16A.
The airfield has a squadron of Hawk 100/200s too.