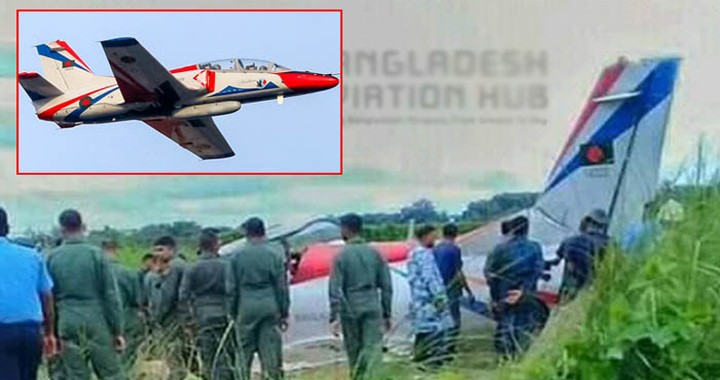 Bangladesh Air Force Hongdu K-8W Karakorum jet trainer Upon takeoff, the aircraft sustained an engine failure. The plane skidded off the runway and collided with the runway barrier.

Both pilots survived the crash.

Matiur Rahman Air Base from the K-8W Karakorum-type training aircraft was experiencing engine failure and returned to the base reported that the emergency landed.

While the plane was given information that it could stand on the turf in an emergency landing, it was announced that the two pilots were in good condition and survived the accident without injury.

Previous Trump interested in buying Greenland: Here are Details about U.S. Air Force Air Base in Greenland
Next Why Buy A Bugatti Centodieci When You Can Have F-16 Fighter Jet For Less?