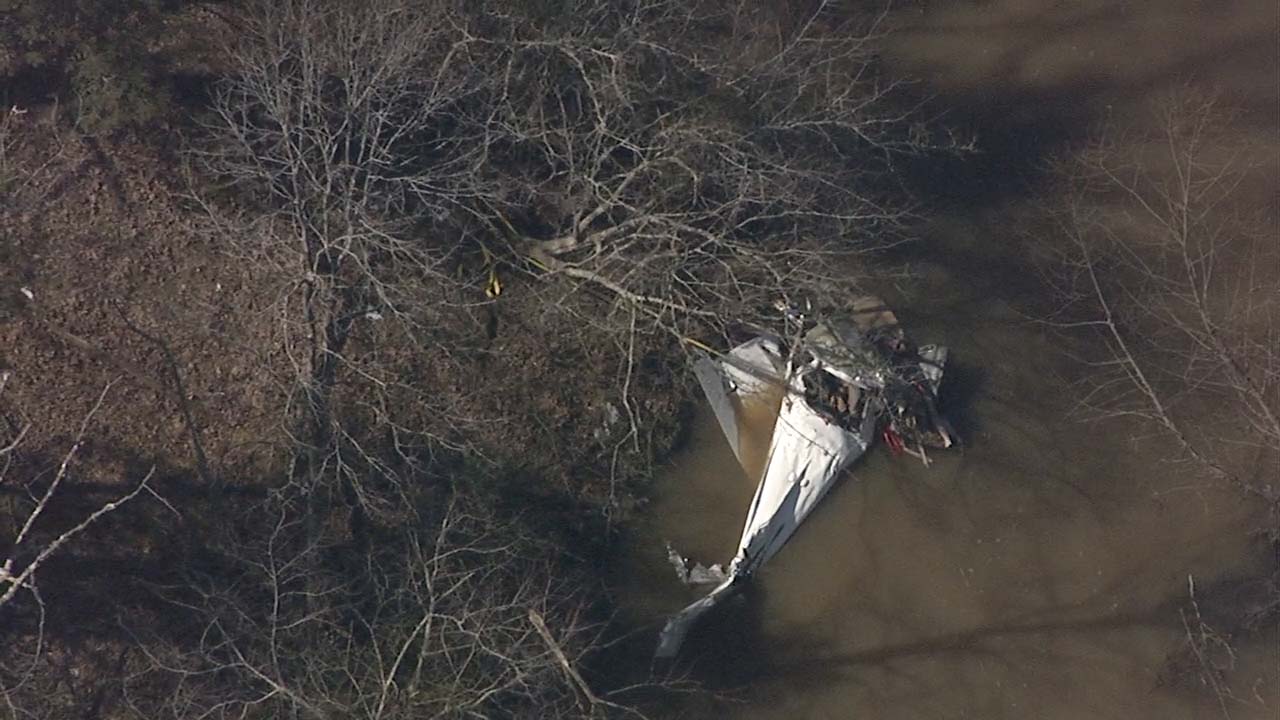 Three people were on board a small plane that crashed into a Franklin County pond Friday night, according to the Federal Aviation Administration.

The Franklin County Sheriff’s Office said crews responded to the crash at Clifton Pond Road near McWilder Road just before 7:30 p.m., after a neighbor heard an explosion and called 911.

The plane was submerged in water, and parts scattered around the area following the crash, authorities said.

Authorities said the plane will not be removed from the water until Saturday, when the FAA arrives at the scene to investigate.

Authorities said they do not believe a distress signal was sent from the single-engine plane before the crash.

The FAA and National Transportation Safety Board will work to determine the cause of the crash.

The Federal Aviation Administration said the plane is a Cessna C172 and that it crashed shortly after taking off from the Triangle North Executive Airport in Louisburg.