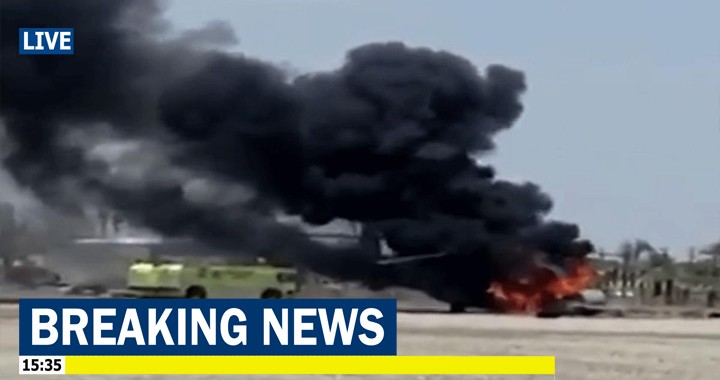 The incident occurred around 1 p.m. when the fire broke out shortly after takeoff from Imperial County Airport, 100 miles east of the base, said 1st Lt. Fredrick Walker, with the 3rd Marine Air Wing.

Pilots were forced to return to the airport for an emergency landing, Walker said. No injuries were reported.

The chopper made a safe emergency landing at the Imperial County Airport, where firefighters put out the flames.

It is unclear how many people were on board, but Walker said the Super Stallion generally has a crew of two pilots and two crew chiefs.

The helicopter, which typically carries a crew of four, is attached to Marine Heavy Helicopter Squadron 465 with the 3rd Marine Aircraft Wing.

The cause of the incident and the extent of damage to the helicopter is under investigation.