Flight secrets: Safest place to sit on a plane if it crashes

Flight secrets: Safest place to sit on a plane if it crashes. Certain areas of the plane can be safer than others. The pilot has revealed the safest place to be sitting in case of a crash

Whether the plane lands on water or on hard ground, the safest place to sit is near the wings.

“The wings are structurally the strongest area of the aircraft,” an anonymous pilot told Express.co.uk.

“They are held up by strong beams which meet in the vector of the aircraft making the safest place on a plane by the wings.”

If a plane were to land on water in an emergency, the pilot explained, the tail would smack off first.

However, such water landings don’t always occur straight on. “If a wing catches a wave as it descends, the plane does a Catherine wheel and flips over,” the pilot said.

In the above video, you can see The effects of a hard landing were recorded in a 2012 Channel 4 documentary, The Plane Crash.

A Boeing 727 carrying cameras, sensors and crash test dummies flew at 140 mph, descending at 1,500 feet per minute, and crashed land nose down in a remote and uninhabited area of Mexican desert. The incredible footage saw the front of the plane completely ripped off while the middle and back remained intact.

Nevertheless, aircraft manufacturers say one seat is as safe as another but emphasize the importance of wearing a seatbelt.

However, passengers should be aware that the likelihood of a plane crashing is incredibly slim. In fact, people more likely to be involved in a crash while driving to the airport than they are while thousands of feet up in the air, even though it might not seem safer 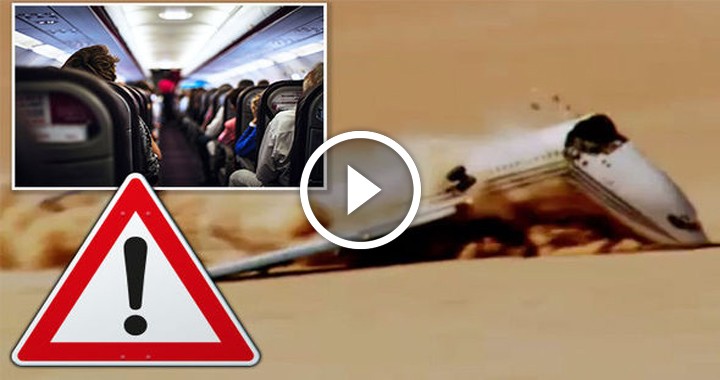