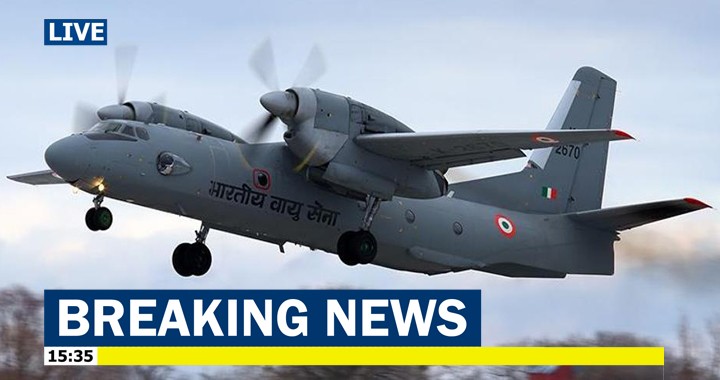 An Indian Air Force transport aircraft that took off from Assam’s Jorhat earlier today with eight crew members and five passengers onboard has gone missing.

The Antonov An-32 took off at 12:25 pm for a remote military landing strip in Mechuka in Arunachal Pradesh. The aircraft last had contact with ground forces at 1 pm. The plane lost contact around 35 minutes after taking off.

“Five crew and eight passengers carrying IAF plane were supposed to reach Mechuka at 13.30 and it hasn’t. We have initiated search operations,” said IAF PRO Wing Commander Ratnakar Singh. Army and ITBP personnel have also been pressed into action to join IAF in searches on the ground.

The Air Force has launched a search operation to track down the plane. The Indian Air Force has deployed all available resources, including Sukhoi Su-30 combat fighter jets and C-130 Hercules special operations aircraft, to locate the aircraft.

Spoke to Vice Chief of @IAF_MCC, Air Marshal Rakesh Singh Bhadauria regarding the missing IAF AN-32 Aircraft which is overdue for some hours.

He has apprised me of the steps taken by the IAF to find the missing aircraft. I pray for the safety of all passengers on board.

Located in a valley, Mechuka is one of the many rudimentary landing strips operated by the Air Force near the Line of Actual Control with China.

The terrain under the flight’s route is mountainous and heavily forested. The landing and take-off approaches to Mechuka are extremely difficult. Coupled with the erratic weather, the region is among the most inhospitable for air transport.

An IAF AN-32 aircraft has gone missing. The plane took off from Jorhat airbase.

Antonov An-32 is a tactical transport aircraft used by the Indian Air Force and have been in service since 1984. An-32 has been a trustworthy workhorse for the IAF for many years and is designed to be extensively used.

This is developing story. we will update it as soon as we get more information