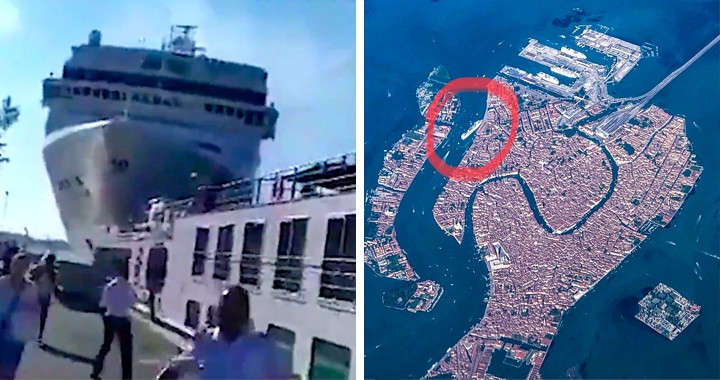 Several people were injured in Italy after a towering, out-of-control cruise ship crashed into a tourist riverboat and dock in Venice as tourists ran in panic as a ship’s horn blared.

The collision happened around 8:30 a.m. on the Giudecca Canal, a major thoroughfare that leads to the city’s famous Saint Mark’s Square.

A huge runaway cruise ship ran into a smaller ferry boat in Venice, Italy, injuring four people on the dockside 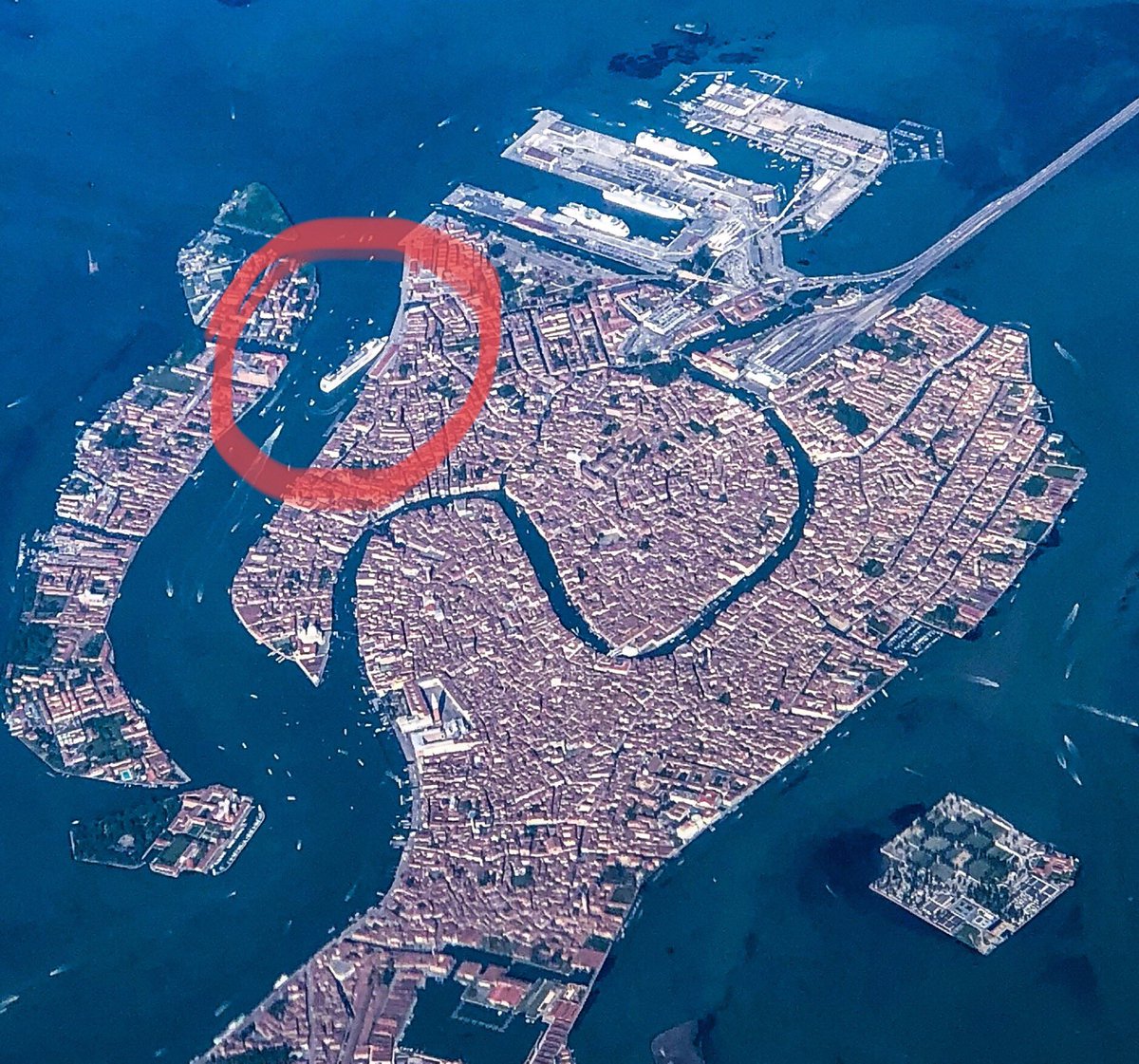 The MSC Opera is a 66,000-tonne ship with a capacity of 2,700 passengers. It crunched into the River Countess at 8:30 am on Sunday on the Giudecca Canal, after the ship’s engines got stuck in the “on” position. The Giudecca leads to the famed Saint Mark’s Square in the city.

Video (below) shows people on the dockside running for their lives as the massive boat crunches into the dock and the smaller boat in front of it. The bridge of the larger ship sounded its horn continuously, implying that the crew tried to warn people of the impending danger.

#BREAKING At least five people were injured after the MSC Opera cruise ship collided at the San Basilio pier in #Venice with a small boat, La Repubblica reports. pic.twitter.com/ATyAoOOiSa

The small propeller on the side of the Opera used to move the boat sideways while docking, got switched on by mistake. Tug boats tried to hold the boat back but were no match for the Opera’s momentum, which snapped their ropes.

Davide Calderan, the head of company operating the two tug boats accompanying the ship, said the ship had accelerated due to an engine problem. ” The tug boats tried to stop the giant until one of the tow ropes broke,” he told La Repubblica.

Big cruise ships docking in Venice has been a long-running controversy in the city, with many locals arguing their numbers should be limited.