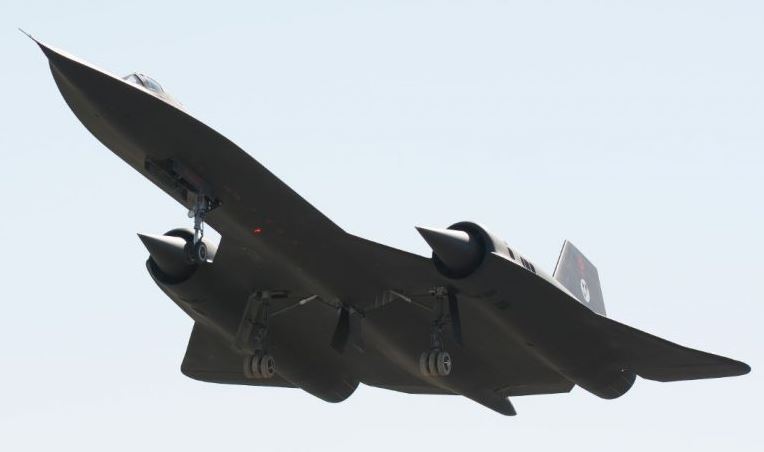 The Lockheed SR-71 Blackbird Mach 3-strategic reconnaissance aircraft remained the world’s fastest and highest-flying operational aircraft throughout its nearly 24-year career. From 80,000 feet, it could survey 100,000 square miles of Earth’s surface per hour. And in the off chance an enemy tried to shoot it down with a missile, all the Blackbird had to do was speed up and outrun it.

The SR-71 Blackbird is an aircraft that has captured the imaginations of countless people for over half a century. The Blackbird’s design, speed, stealth and mystery continue to inspire fans all over the world.

RC enthusiast Lance Campbell took his passion for the Blackbird to a new level when he built his own RC model of the legendary jet.

The Top Gun Invitational is one of the best places in America to check out RC Planes. Lance Campbell brought along his homemade SR-71 Blackbird RC model and it caught a few eyes. 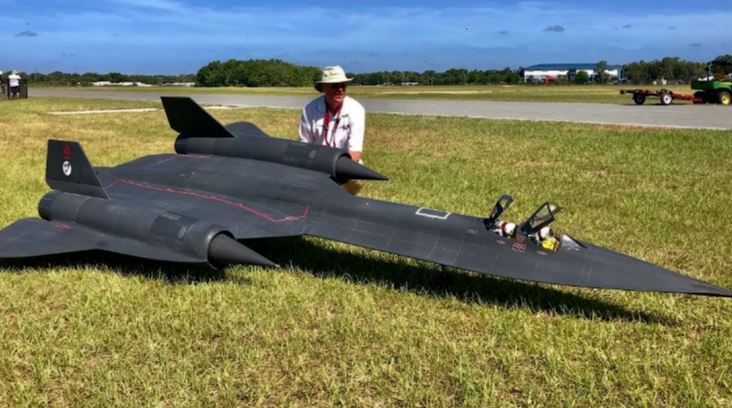 Lance returned in 2018 for the 30th anniversary of Top Gun and you could tell Lance has been Practicing. He earned the top 1st place position in the Masters Class. He also brought home the Engineering Excellence award. 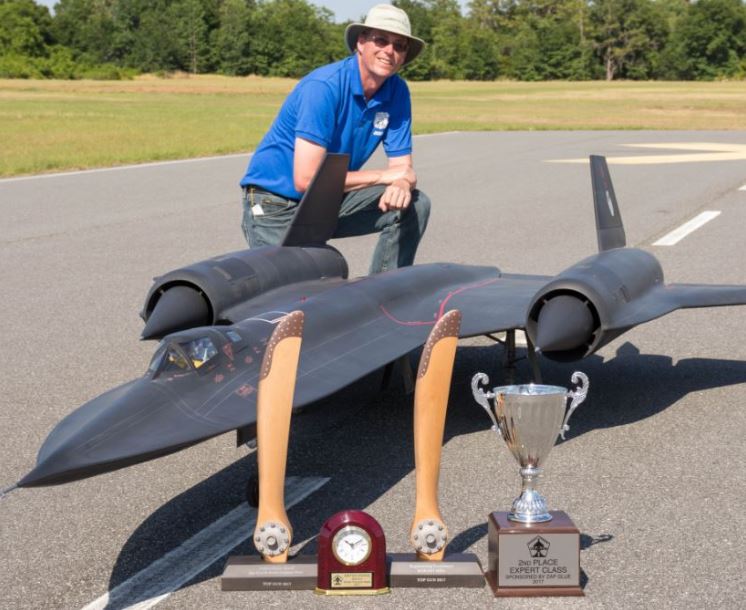 Lance uses a Futaba radio to control his 85-pound SR-71 and it is an impressive 13 feet long. Powered by a pair of JetCat 140-RXi turbines, and he completely scratch built the scale retractable landing gear complete with disc brakes. The amazing spy plane also uses a scale drogue chute to shorten the landing run out after touchdown.

Lance SR-71 Blackbird RC model even had the interior hatch signed by all of the full-scale Sled Drivers as well as a piece of the full-scale titanium from one of the airplanes in his documentation. The model is 1/8 scale making it over 160″ long with an 80+” wingspan.

This labour of love took nine years to complete and it flies so well you might even think its the real deal.

The RC Geek captured some great video of Lance’s Blackbird at the 3oth Annual Top Gun Invitational. Check it out and be sure to subscribe to The RC Geek for more awesome RC videos.