A statement by KDF on Tuesday, January 12, indicated that the aircraft, model Harbin Y-12, was involved in an accident in Voi, Taita Taveta County.

The plane had just left Moi Air Base in Eastleigh, Nairobi, when the accident occurred in the mid-morning.

Rescue teams including Kenya Wildlife Service (KWS) officials and Kenya Police arrived at the scene shortly after the crash and are currently proceeding with the rescue mission.

The cause of the crash is still unknown, sources familiar with the incident have said.

The Y-12 is principally used for both passenger and cargo transportation. The maiden flight of the aircraft was completed in July 1982. 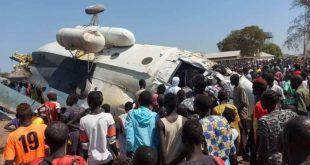