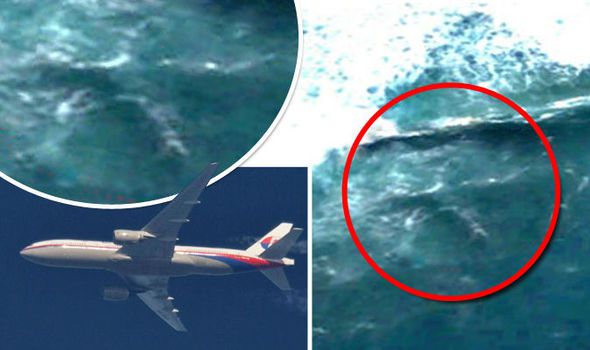 Doomed flight MH370 disappeared in March 2014 somewhere over the Indian Ocean after setting off from the Malaysian capital Kuala Lumpur en route to Beijing, China. All 227 passengers and 12 crew on board the Boeing 777 are missing, presumed dead.

Multiple conspiracy theories have sprung up in the years since involving terrorism, cyberhacking, and claims about the so-called “Asian” Bermuda Triangle. Here are the links of a recent article about Malaysia Airlines Flight 370

Larry Vance, who wrote the book MH370: Mystery solved, said the plane’s fuselage survived the crash and is at the bottom of the Indian Ocean. Vance dedicated a year and a half to researching his book slammed the original official investigation into the aircraft’s disappearance.

In the years since there has been all number of theories as to the location of the plane. But Vance made it clear he believes he knows where the aircraft and its passengers are.

He said: “The passengers ended up in the Southern Indian Ocean, and are at the bottom of the sea inside the sunken and intact fuselage.”

The Canadian-born investigator also journeyed with a team to the location in the Indian Ocean where he believes the plane came down.

Vance condemned the original investigation by Malaysian authorities, and said he set out to write his book to publish “a professional account, but in plain understandable language, of the physical evidence that me and my team saw — evidence that was obviously not discovered or understood by the official investigation”.

But he spoke with regret about how authorities in Kuala Lumpur hadn’t gone back to the Southern Indian Ocean to follow his advice.

He went on: “I honestly believed that once the official investigation team saw the physical evidence that we discovered, and how we interpreted it accurately, they would change their minds about what they thought happened to MH370.

“I am not sure why they continue to cling to their incorrect theories and analysis.”

And Vance said he saw the writing of the book as “the duty of a long-time professional investigator”, to put the evidence into the public record.

The mystery of MH370 has baffled experts for years. This week an Indonesian Lion Air flight crashed into the sea off the capital Jakarta, killing all 189 on board.

But the quick discovery of the wreckage triggered anger with the original Malaysian investigation, with many demanding to know why MH370 still hasn’t been found four years later.