It is estimated that 107 people were aboard the plane, including 99 passengers and eight flight crew.

According to the Civil Aviation Authority, PIA flight PK-8303 from Lahore was about to land in Karachi when it crashed in the Jinnah Garden area near Model Colony in Malir.

PIA spokesperson Abdul Sattar confirmed the crash and added that Flight 8303 was carrying 99 passengers and 8 crew members from Lahore to Karachi. No information has been made available of the survivors as yet.

“Saying anything right now would be premature. Our crew is trained to handle emergency landings. All my prayers are with the families. We will continue to provide information in a transparent manner.”

Footage showed plumes of smoke rising from the site of the crash. Ambulances and rescue officials arrived at the scene to help residents.

Minister of Health & Population Welfare has declared emergency in all major hospitals of Karachi due to the plane crash, according to Meeran Yousuf, the media coordinator to the Sindh health minister. 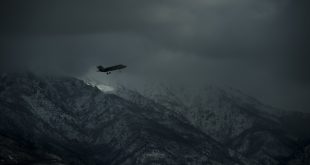